BMW of North America, the Official Mobility Partner of the United States Olympic Committee (USOC), will tune into the Opening Ceremony of the Sochi 2014 Olympic Winter Games tonight at 7:30pm ET on NBC, which is expected to be one of the most-watched television events of 2014. During NBC’s broadcast of the event, BMW is officially launching the brand campaign for the revolutionary BMW i brand with its largest media investment of the year. BMW purchased NBC’s foreign automotive advertising category during their broadcast of Sochi 2014 and will be debuting three new BMW i spots including “Hello Future,” a BMW i brand spot; “SHHH,” featuring the BMW i3; and “Sightings,” featuring the BMW i8. BMW i will also begin airing digital shorts starting on Feb. 7 throughout the Games appearing at NBCOlympics.com.

BMW i is a comprehensive and ground-breaking concept for sustainable mobility and represents visionary electric vehicles including the BMW i3, the first all-electric vehicle made primarily of carbon fiber and the BMW i8, a plug-in hybrid, high-performance electric vehicle. The BMW i3 and BMW i8 go on-sale in the U.S. in the second quarter of 2014. 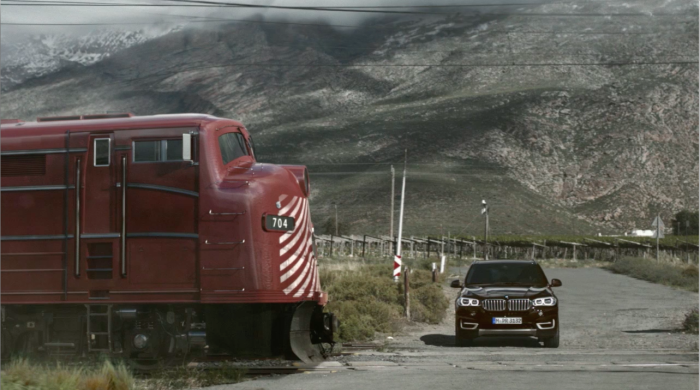 “It is a rare and exciting opportunity to launch a new brand and for BMW i, one that requires a world-stage,” said Trudy Hardy, Vice President, Marketing, BMW of North America. “We look forward to making a bold statement about the future of sustainable mobility.”

During the Opening Ceremony, the first-ever U.S. television commercial for BMW i, “Hello Future,” will debut. Using the words from 50 years ago of inventor, futurist and author of 2001: A Space Odyssey, Sir Arthur C. Clarke, “Hello Future” offers the arrival of BMW i as proof that the future is as fantastic as he predicted. Additional television spots for BMW i debuting during the NBC Sochi 2014 broadcast include “Sightings” and “SHHH.” “Sightings” follows a variety of people trying to describe something they have never seen before; something remarkable and other-worldly. They are in fact trying to describe their sighting of the futuristic BMW i8, featuring an intelligent plug-in hybrid system that can reach speeds of up to 155 mph. “SHHH,” featuring actress Olivia Crocicchia (“Rescue Me”), follows a boy who sneaks out in his dad’s quiet and all-electric BMW i3 as he tries to impress his dream-girl with the ultimate joyride. In the end, the joyride helps him win the girl, though the boy is caught only when his dad is notified through the BMW i Remote App, which allows drivers to share information with their vehicle via their smartphone, that his BMW i3 has been plugged back in to charge. 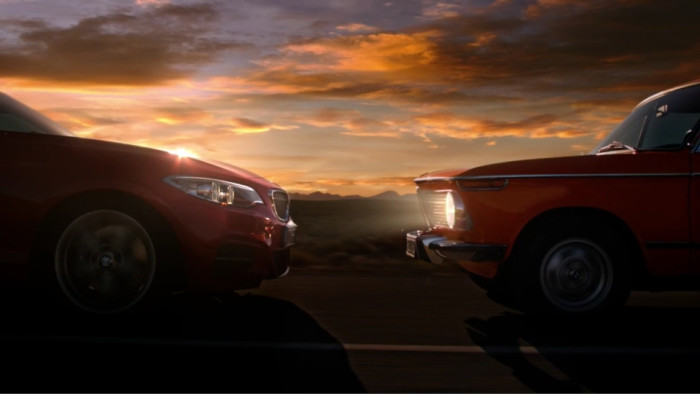 As part of BMW’s media buy leading up to and during NBC’s broadcast of the Sochi 2014 Olympic Winter Games, the company will also be featuring new television and digital spots for the following vehicles:

BMW X5: A new BMW X5 spot will debut during the broadcast. “Respect” finds the all-new BMW X5 Sports Activity Vehicle on a journey where every obstacle it encounters along the way stops, out of respect for its commanding grace, beauty and power.

The NBC media buy during Sochi 2014 will enhance an already comprehensive activation of BMW’s sponsorship, which includes a series of U.S. Olympic-themed advertisements, consumer and retail activations, social and digital media executions and a national drive campaign to benefit Team USA. In addition, BMW released “Driving on Ice,” a documentary on BMW’s complete redesign of the U.S. two-man bobsled that aired on Jan. 5 on NBC. “Driving on Ice” can now be viewed at BMW retail locations nationwide.

BMW will reprise its popular BMW Drive for Team USA national fundraising campaign for a third time this year as it invites consumers to visit their local BMW retailer for an opportunity to support the athletes of the U.S. Olympic and Paralympic Teams. Through Feb. 28, 2014, BMW will make a $10 donation to Team USA for every consumer who test drives any BMW model, including the all-new X5 Sports Activity Vehicle, which is made in the USA.

BMW has also launched Team USA themed social activations including the “BMW Bobsled Time Tracker” that will run from Feb. 6 – Feb. 15, 2014. Fans can predict the finish time of the U.S. two-man Bobsled’s first runs on Feb 16. One winner and their guest will get the Ultimate Bobsled Experience in Park City, Utah; including round-trip airfare, a two-night hotel stay and ride in a real four-man bobsled. For more information on how to enter, visit www.BMWTimeTracker.com.

As part of its commitment to Team USA, BMW is applying its resources and technologies to advance the training and performance goals of Team USA athletes and hopefuls. After more than two years in development, BMW collaborated with the USA Bobsled and Skeleton Federation to completely redesign the two-man bobsled for use by the athletes of Team USA. In Oct. 2013, a fleet of six new BMW U.S. two-man bobsleds were delivered to Team USA with hopes of aiding its pursuit to recapture Olympic gold for the first time in the two-man bobsled event since 1936.

Kirshenbaum Bond Senecal + Partners is responsible for BMW of North America television and digital advertising along with social media activations, UM is responsible for media buying and UM Studios is credited with the production of the “Driving on Ice” documentary, along with Stun Creative. Octagon develops and manages all U.S. Olympic partnership and athlete relations.