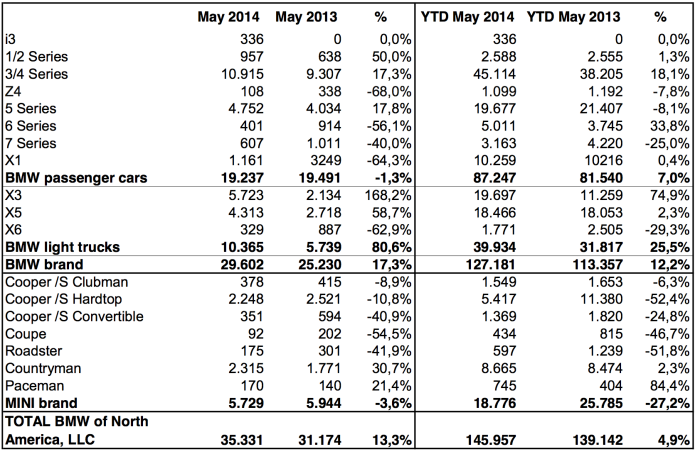 BMW Brand Sales – Best May Ever

“The record numbers in May for BMW show the path we want to travel in 2014, especially now that the electric i3 is hitting the road,” said Ludwig Willisch, President and CEO, BMW of North America. “This will be the summer of BMW with the new M3 and M4 on sale this month and the new X4 and 4 Series Gran Coupe coming in July.”