To mix sports terms, Michael Dunlop and BMW Motorrad pulled off a hat trick at the iconic Isle of Man TT race this year. Winning first the Superbike class race, then the Superstock, and finally the most coveted Senior TT class race. All three races were won aboard a BMW S 1000 RR created in concert by BMW Motorrad Motorsport, BMW Motorrad and Hawk Racing. 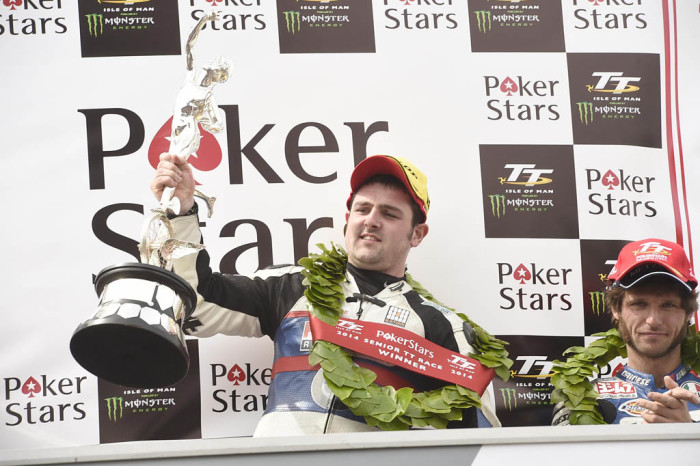 As if winning any race on the Isle of Man weren’t challenging enough, the three victories are all the more remarkable because this isn’t some decades-long effort by BMW to finally reach the TT’s podium. In fact, this is BMW returning specifically to celebrate 75 years since their last victory at the Isle. The return to racing was actually in tribute to Georg “Schorsch” Meier’s legendary Senior TT victory of 1939. Yet Dunlop and team did much more than pay tribute to BMW’s history at the TT in bringing home three victories on a mostly unproven BMW racing machine this road racing season.

While Hawk Racing and Dunlop are doing the hard work on the ground, BMW Motorrad and BMW Motorrad Motorsport have helped with their expertise throughout the season. This has included expertise, but also technical support. BMW Motorrad Motorsport supplied the race engine for Dunlop’s S 1000 RR, and the bike began its season with the North West 200 in May. Dunlop and the team took victories in both the Superstock and Superbike classes as part of their build up to the Isle of Man TT. With these TT victories, BMW Motorrad / Hawk Racing continue their winning streak and continue proving that the BMW S 1000 RR is a serious contender’s machine. 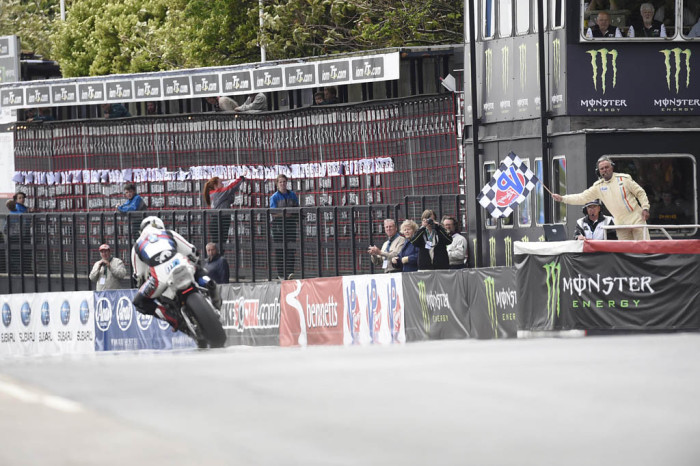 With this year’s three victories, the 25 year-old Michael Dunlop now has 11 TT wins to his name. This year’s victories also put Dunlop in the record books for being the first rider to win four TT races over two consecutive years. In his own words:

“The Senior TT race is the only one I’ve not won before at the Isle of Man and it’s very special to have won it this year. I’ve given BMW Motorrad three wins here and we’ve repeated its victory in the Senior TT in 1939”, said Dunlop. “At the start of this fortnight people were saying I was mad to be here on an unproven bike. I think now nobody will doubt the BMW S 1000 RR. The whole package is fantastic and the team has been brilliant. For BMW Motorrad to have built a bike that can come here for the first time, to survive six race laps without missing a beat, and to win… that is amazing.” 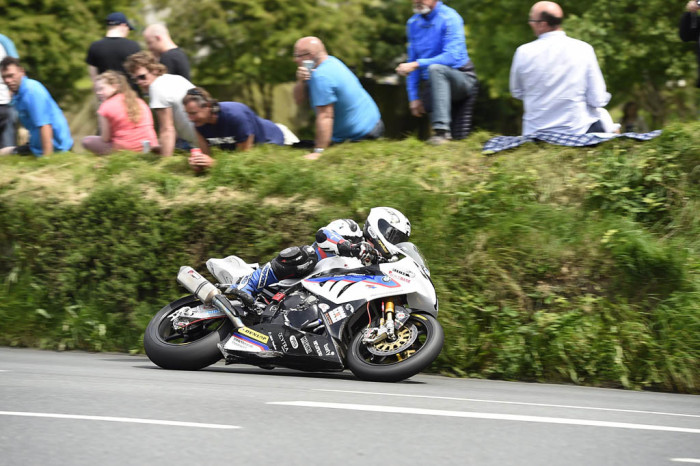 Obviously BMW is thrilled with the outcome as well, as spoken by BMW Motorrad Motorsport Technical Director, Berthold Hauser.

“It is so overwhelming that I am nearly lost for words. What happened this week on the Isle of Man is simply unbelievable. Michael had never ridden the RR before, but he came, jumped on it and raced from victory to victory. Believe me, I have been involved in motorcycle racing for decades but I can hardly recall something similar. Especially as we are talking about the most cruel and treacherous challenge in road racing: the Isle of Man TT. We are happy and proud that we could do our bit in achieving this success by providing technical support and all our expertise regarding the RR. A big ‘Thank you’ to Michael for joining us in this adventure and winning all three races and to everybody who made this success happen.”

Congratulations all around to BMW Motorrad, BMW Motorrad Motorsport, Hawk Racing and of course, Michael Dunlop for making such a huge splash at this year’s Isle of Man TT. We hope to see more BMWs on the road racing podium in the coming season.

Rebuilding No. 92 (RLR Prepping for Mosport)