With new technologies, manufacturers are often required to develop new and innovative ways to actually produce the item at hand. In the case of the BMW C Evolution, the world’s first 100% electric two-wheeler from a major manufacturer, that manufacturing process appears to be extremely labor intensive at this point. In this How It’s Made-style video, we see just how the C Evolution comes together.

Essentially a battery with wheels attached, building the C Evolution begins with its massive battery packs. The battery enclosures become the main stress members of the bike’s chassis, and the result as we see it in the video, is an intricate piece of machinery that almost looks more aerospace than motor vehicle. From the batteries, to their enclosures, to power control modules and other uniquely electric components, the C Evolution in the video almost looks like a satellite until the front sub-frame is attached and a pair of familiar telescoping front forks are attached. 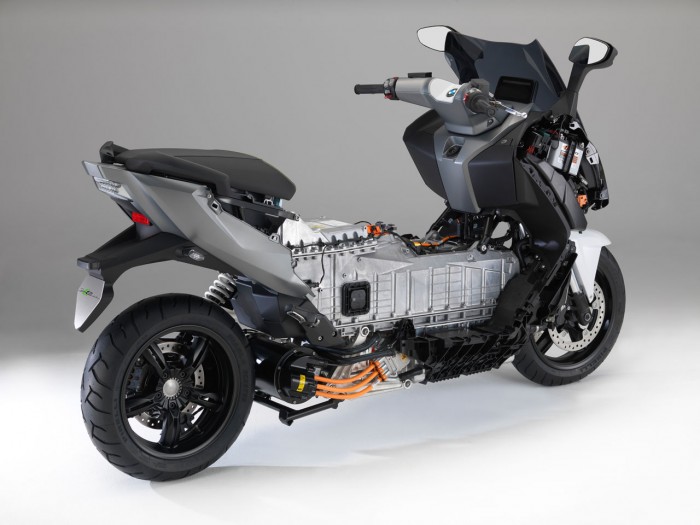 Once in rolling chassis, the C Evolution starts to finally resemble its final form. The essential opposite of a monocoque construction, it quickly becomes obvious that the C Evolution’s body cladding is working to make the unconventional look conventional. Clearly from the same design language as the other C-Series scooters in the BMW lineup, the C Evolution gets to that look from very different underpinnings, which is particularly clever. Clearly the C 600 Sport and C 650 GT were designed alongside the C Evolution, and it raises an interesting chicken-or-egg question in terms of which form factor actually came first.

When complete, the C Evolution looks both contemporary and futuristic at the same time. I’m curious just how these manufacturing methods might evolve should demand for the C Evolution spark more supply. In the meantime, the video is a fascinating look under the skin of BMW’s big gamble with two-wheeled electric mobility.

BMW Takes WSBK Victory By a Nose at Monza