The M2 is easily the most anticipated production of 2015 from BMW for us and our readers. So when it turns a wheel at the Nurburgring, it’s worth watching.

As you can hear, under the M2’s hood, we’ll find the N55B30T0 inline six. An iteration of the N55, the N55B30T0 will be available as standard with a six-speed manual transmission, which is likely a variation of that found in the M3/M4 — which itself is a variation of the 1M unit. The biggest addition over the 1M will be an optional automatic transmission. Which automatic? We’d hope M will utilize the 7-speed DCT from the M3/M4 in the M2 to further distance it from the M235i and properly position it against its competition. But that ZF 8 speed is likely tempting from a cost vs performance standpoint for BMW.

Based on what we’re hearing from sources, we’re expecting the N55B30T0 to have an output around 355-365 hp. Power-to-weight-ratio that will be key in the M2. Despite the fact that the 2-Series is heavier than the 1-Series that came before it, we expect the M2 to be similar in weight to the 1M (3,296 lbs) if not less thanks to use of carbon fiber. Adding 25-35 hp and (likely) increased torque at that weight, the M2 should rocket to 0-60 faster than the 1M with the DCT. In fact, it ought to slot-in just under the M3 and M4 in regard to straight-line performance.

Speaking of pricing, BMW NA has a hard act to follow with the 1M — a car which had an MSRP of $46,135 — which has had a massive value increase over the past three years. Currently, prices for low mileage cars are hovering between 60k and 70k (and some over). With only 740 cars imported to the US, you can expect a healthy market for years to come. This puts BMW NA in an interesting position. The M4 is priced at $64,200 on one side, and the M235i is at $43,100 on the other.

Given this, and a much healthier options list than with the 1M, we’d expect a base price of over $50,000 with options pushing potential prices over $60k. 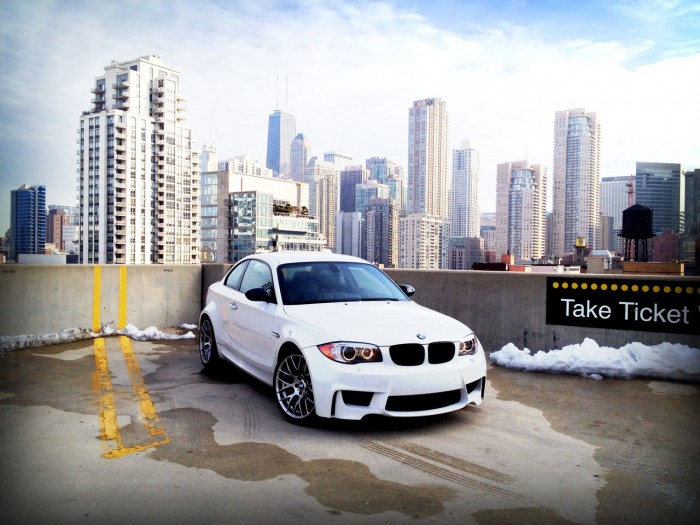 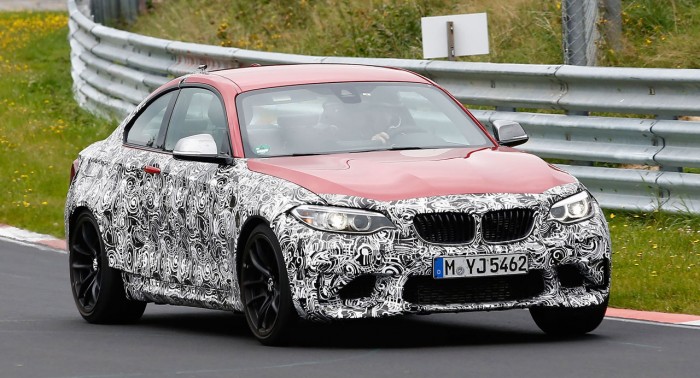 The M2 will make its public debut in LA this fall with production starting in November of 2015. Deliveries will began in December throughout western Europe and the UK. US production will begin in March of 2016 with deliveries in late April. Unlike the 1M, production will not be limited in any way other than production dates. In fact, if BMW NA can keep pricing in check as they did with the 1M, could BMW have a massive M car hit on its hands? One important note however. BMW M2 is internally listed to end production on 10/18 giving the car a two and a half year run. Double that of the 1M but much less than the 6-7 year model run of the M3 and M4.

Exterior colors will be Alpine White, Black Sapphire metallic, Long Beach Blue metallic, Mineral Grey metallic. Reportedly inside you can get any color you like as long as it’s black leather with blue stitching. These options are of course inline with M’s philosophy on the 1M as well where there were three exterior colors and black with orange stitching inside.

Chris Harris Thrashes the Alpina B3

BMW Drops Back After Good Start at the Nürburgring 24 Hours