The recent string of Porsche 911 GT3, Cayman GT4 and 911 GT3RS has been nothing less than compelling for enthusiasts, even BMW enthusiasts. Can BMW answer? For years Porsche has owned the hardcore sports car market in the US as BMW has simply had no answer. In Europe the M3 CSL and then GTS were the strategy. And as the years have passed the CSL (more than the GTS) has become something of a legend with a formula of high-stressed naturally aspirated inline six and some severe weight reduction. However comparisons between them and the Porsche GT models of the time weren’t kind to BMW and current day values make the Porsches the undeniable winners. Fast forward to 2015 and we’re about to see another hardcore sports car battle between the two automakers. And even better it’s a battle we’ll see on US soil.

Can the new M4 GTS compete with the 911 GT3 or Cayman GT4? At its heart the M4 is a 4 series born out of the need to seat four and offer impressive luggage capacity. Basically it has a lot stacked against it from a weight and overall size standpoint. However if there’s one thing that BMW M can do it’s bend the laws of physics with the help of suspension, aero and a high output inline six. 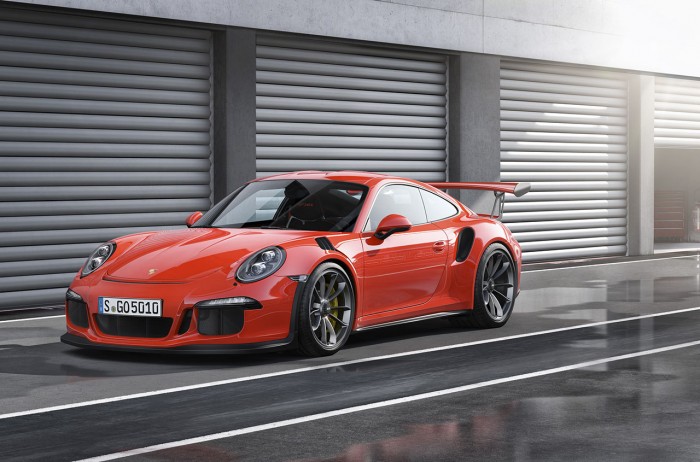 Reportedly the M4 GTS we’ll follow the same overall approach that we saw with the E92 based M3 GTS; more aggressive front bumper, wing, no rear seats, racing buckets, half-cage (likely not available in the US just like Porsche’s GT cars), full adjustable suspension and more power. Under the hood the GTS will be fitted with a water-injection system and that BMW showed off earlier this year. Water injection will help cool the engine charge intake, especially useful under hard circuit use, reducing knock and potentially allowing the GTS to run more boost. How much more power? We’re guessing BMW will want at least 50hp more than the standard car. But can it compete with this?

Or more aptly this?

That will be the real answer. Sure there will be plenty of BMW devotees that will love the new M4 GTS. And a lucky few of them will even be able to buy it. But will it win over the larger automotive enthusiasts? Can it beat the Porsches?

Look for the GTS to be shown off at Pebble Beach this August with production starting in March of 2016.