BMW has plenty in store for the enthusiast favorite 2 Series. First up will be the M2 which will debut in the coming weeks and begin production in early 2016. Deliveries will begin in North America around March of next year. But we all know that. What about the rest of the range? 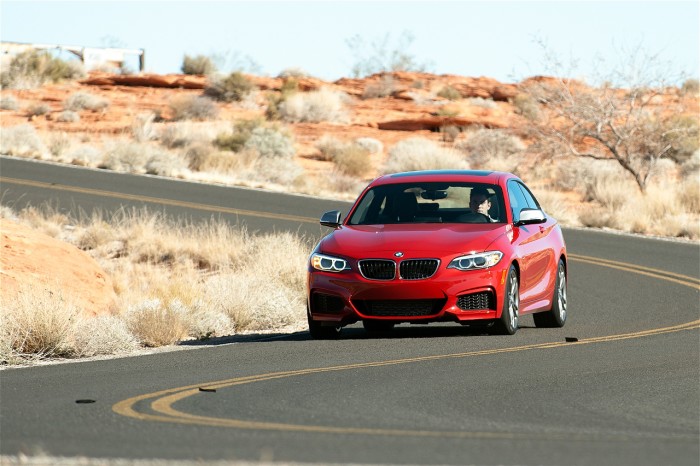 For the 2017 model year BMW will introduce a new range of engines that recently debuted in the F30 3 Series. The 230i will be powered with the 252 hp B48 four cylinder and the M240i gets a massaged B58 turbocharged six cylinder. However the full LCI will have to wait for the 2018 model year. The 2 Series LCI will include revised front headlights that feature LED lights and a new LED running light graphic similar to the 2016 3 Series. The rear lights will also be revised with what we’re told will be a more sleek look. Elsewhere we’ll see subtly revised front and rear bumpers and some interior nips and tucks.

What about an LCI for the M2? There’s a strong chance that the M2 will get the revised lights and interior but nothing more. But really, with almost 370 hp on tap, what more could you want?