The 38-year-old Palttala accepted the award from BMW Motorsport Director Jens Marquardt at BMW’s annual end-of-year awards celebration, held at the BMW Museum in Munich, Germany. This is the second-consecutive year Palttala has been recognized at BMW’s Sport Trophy Awards. In 2014, Palttala won the BMW Sports Trophy for the world’s most successful privateer driver.

“After winning the Sports Trophy last year, it’s great to be up there again as one of the most successful privateer BMW drivers in the world. It was another great season both in North America and in Europe and I can’t wait for 2016 in the new car,” said Palttala.

In addition to Palttala, BMW awarded Turner Motorsport with a special team award for the team’s continued success with BMW during the 2015 season, finishing in 7th place with 510 points, beating out 41 of the total 48 privateer teams worldwide who scored a total of 10,000 BMW Sports Trophy points.

The Massachusetts-based team followed up their 2014 championship-winning campaign with another successful season in the IMSA United SportsCar Championship with drivers Michael Marsal and Markus Palttala in the No. 97 BMW Z4 GTD, claiming eight top-10s, three top-5s, two podiums and a thrilling come-from-behind victory at Lime Rock Park.

“It’s very special to be a part of the BMW Sport Trophy for 15 years in a row now,” said Will Turner. “Congratulations to Markus on his awards tonight, we are very excited to have him back in our car for 2016. We are very excited about the new M6 GT3 [see info] and can’t wait to go racing with BMW Motorsports newest platform.”

Prior to Friday night’s awards ceremony, Turner Motorsport took delivery of their two all-new BMW M6 GT3s at BMW Motorsport headquarters in Munich. The two cars will be campaigned in the GTD class of the 2016 IMSA Weathertech SportsCar Championship, beginning with the 54th running of the Rolex 24 at Daytona on January 30th-31st. 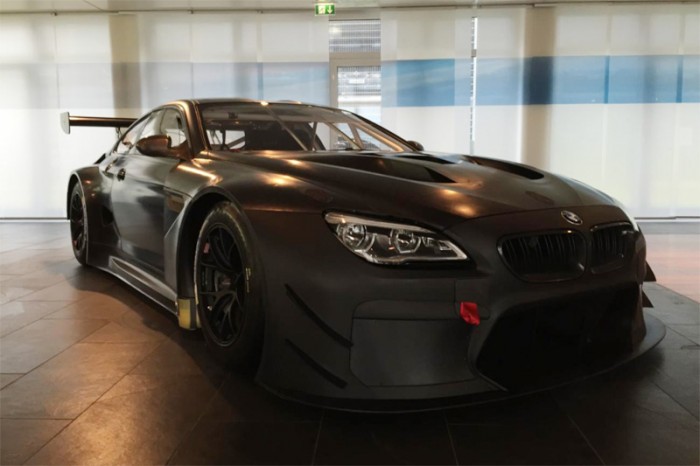 “The last two years with Turner has been great and I’m really looking forward to getting back behind the wheel of the blue and yellow again in 2016,” said Palttala.

Joining them in the No. 96 BMW M6 GT3 will be Bret Curtis and BMW Factory Driver Jens Klingmann. Curtis is returning to drive for the blue and yellow BMWs after a strong first-season aboard the No. 32 Turner Motorsport BMW Z4 GT3 in the GT-A class of Pirelli World Challenge that included a season-best second place finish at Barber Motorsports Park.

With 330 total professional race starts with BMW Turner Motorsport looks to continue the highly successful and long standing run behind the blue and white roundel next season with the all-new BMW M6 GT3.

Similar to previous years, the Turner driver lineup for the 54th running of the Rolex 24 will include BMW Motorsport Works drivers as well as some familiar North American sports car drivers including BMW Motorsport DTM driver and 2014 Champion Marco Wittmann (DE) as well as DTM Star Maxime Martin (BE) .

“This is truly one of the best BMW driver lineups we have ever had,” said Will Turner. “We are so extremely excited for the 2016 season and the 54th running of the Rolex 24 at Daytona. We look forward to getting this incredible amount of driver talent behind the wheel of our new BMW M6 GT3s for one of the biggest endurance races in the world, and with some luck, finishing toward the front of the GTD field.”

Will Turner added, “I want to thank Victor Leleu and BMW Motorsport for all their help to bring our 2016 season plans to fruition. Without Victor’s help and hard work we would not be in the position we are today with such an amazing driver line up and two brand new M6s on their way.”

Marco Wittmann, a BMW Motorsport DTM driver and 2014 Champion just completed his third season, scoring 5 wins and 5 pole positions since his rookie season in 2013. Prior to his DTM career, Wittmann competed in the Formula 3 Euro Series and the Formula BMW ADAC.

Maxime Martin returns to the Turner Daytona lineup after racing with the blue and yellow in 2013, making his North American racing debut in the E92 M3 GT. Since then he has competed in two full seasons of DTM for BMW Motorsport as well as frequent GT racing appearances.

“I am looking forward to the 24 Hour at Daytona as well as the entire 2016 season with our new cars and very strong driver lineups,” added Michael Marsal. “This will be my sixth season with Turner Motorsport and I don’t think I have ever been so eager to go racing.”

In addition to the Rolex 24 at Daytona driver lineup, Turner Motorsport confirms the two full-season driver duos in the No. 96 and No. 97 BMW M6 GT3s.

The No. 96 will be piloted by Bret Curtis teamed up with Jens Klingmann for the season, accompanied by Marco Wittmann and Ashley Freiberg for Daytona. The No. 97 Alvarez & Marsal BMW will see two familiar faces with Michael Marsal and Markus Palttala behind the wheel for the entire 11-race season with Jessie Krohn and Maxime Martin for the Rolex 24.

“I’m really looking forward to 2016,” said Bret Curtis. “It was a great experience racing with Turner last year so this year should be even better with the new cars and stellar driver lineups. Daytona cannot come soon enough.”

In addition to the full-time driver lineups, Turner is excited to announce the addition of Ashley Freiberg for the North American Endurance Cup events. Freiberg will be continuing as a BMW of North America Scholarship Driver and will drive in the No. 96 IHG Rewards Club BMW M6 GT3 for select events.

“I really can’t find the words to describe how thankful I am for this incredible opportunity,” commented Ashley Freiberg. “So many dreams of mine are all coming true at once. To be able to race in my first Daytona 24 Hour race, with a championship-winning team, with great teammates, in the new BMW M6 GT3 is just so exciting. It is an honor to continue my relationship with BMW of North America as a Scholarship Driver and with IHG Rewards Club.”

The Turner Motorsport team prepares for the Roar before the 24 on January 8th-10th in which the team plans to have their two new M6 GT3s ready to test with the entire Rolex 24 driver lineup present.

The 54th running of the Rolex 24 at Daytona will take place on Saturday, January 30th. The green flag is scheduled to wave at 2:30pm ET and will be televised live from Daytona International Speedway on Fox Sports. Stay tuned for more details as we get closer to the kick off the 2016 WeatherTech SportsCar Championship.

BMW Announces the 2018 BMW M8 and a Return to LeMans