“The new sales record in 2015 is the third record year in a row for BMW with the numbers further emphasizing the growth of luxury trucks, which are now one-third of BMW sales in the U.S.” said Ludwig Willisch, President and CEO, BMW of North America. “I fully expect our Sports Activity Vehicles to be the key driver of growth in the new year with both demand and availability increasing. As the maker of the Ultimate Driving Machine, the record sales of our high-performance BMW M brand in the U.S. is especially satisfying and we are looking forward to the new M4 GTS and the all-new M2 coming this year.” 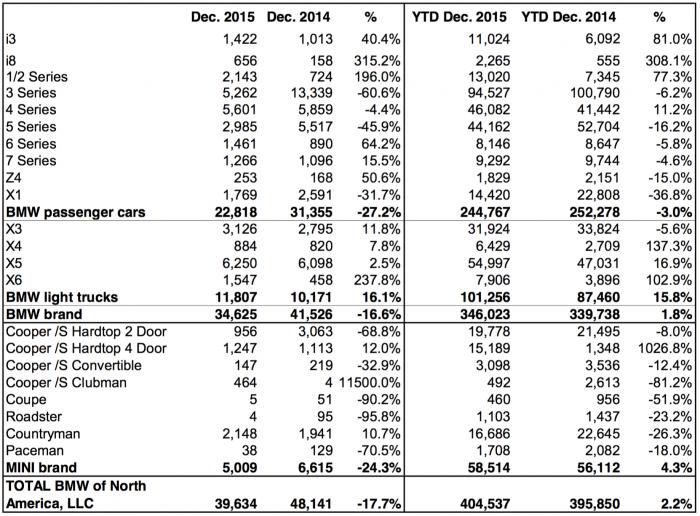