It’s the right kind of small. Seeing the M2 next to the M3 and other BMW products that the first thing that struck me. The second is just how attractive it is. Unlike the 1M which by its very nature was brash, angular and rather complex, the M2 feels more holistically designed with a singular focus. In other words it’s attractive without having to explain anything. 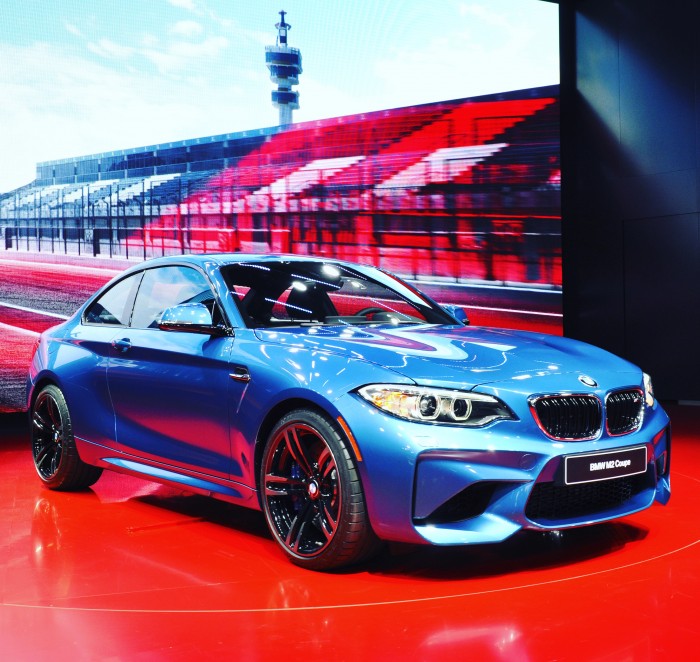 While its small it’s noticeably larger than the 1M – especially in front of the front wheels. Thank pedestrian impact standards for that. But this is a small car for 2016 make no mistake. And given the power output and the M components underneath this car has the right equation on paper. 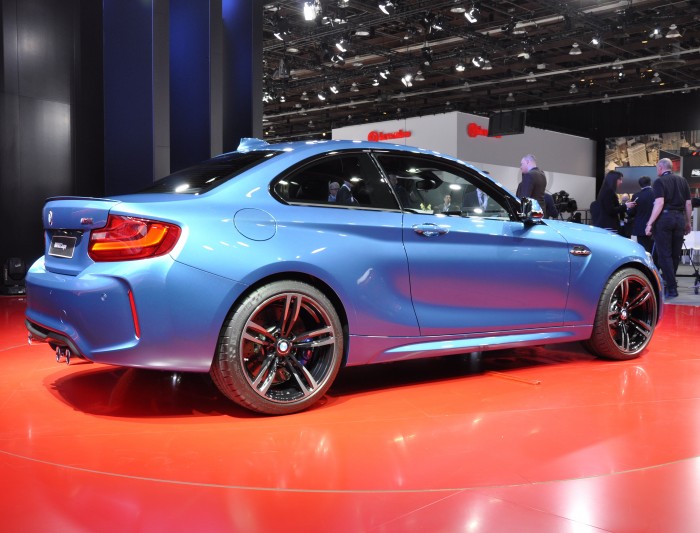 There has been a lot written about the changes that the M2 has undergone from its F20 origins. This is an immediately more muscular and aggressive car than the M235i. There’s a seriousness to its stance and fender flares that clearly hint at its performance. It may not be as shamelessly winged or flared as the original M3 or even the 1M but it’s undeniably purposeful in its design. 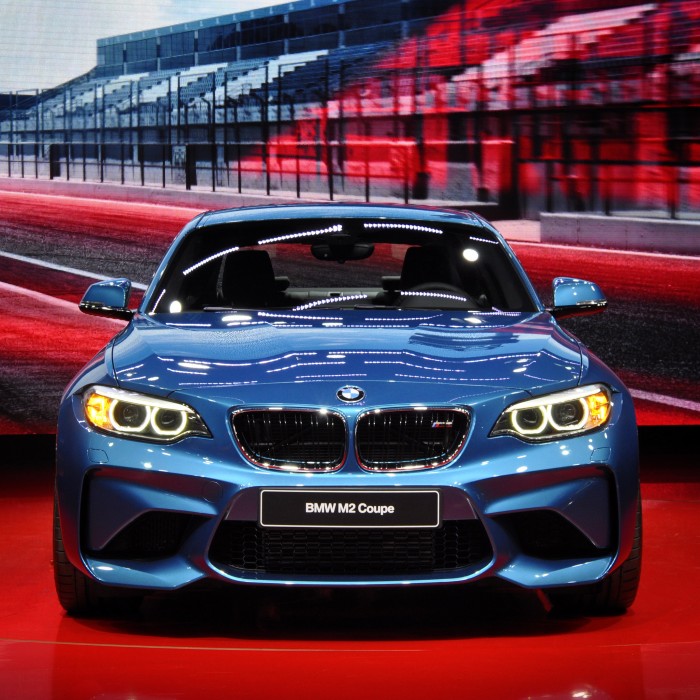 There’s some debate at BF as to whether the rear flares are as wide as the 1M. If they are as wide they are surely more subtly sculpted. details like this lead us to believe that BMW designers spent much more time honing every millimeter.

That last bit seems to be the theme with the M2 in many ways. So many details point to a time and care given to the car that look that brings it more inline with the rest of the M family.

Does it have the same attitude and feel of the 1M? Is it worth the $52k? These are all questions that will have to wait. In the meantime the M2 looks every bit as promising as we had hoped.

Rumor: BMW M2 to be Manual Only