Official Release: Techno Classica 2016 is the world’s biggest specialist exhibition of its kind, and it once again offers visitors a unique overview of the product range provided by vehicle manufacturers, specialist suppliers, dealers and collectors who are dedicated to preserving vehicle history. This year, the stand of BMW Group Classic in Hall 12 of Essen’s exhibition complex provides a review of the story of mobility over an entire century. Visitors to Techno Classica from 6 to 10 April 2016 will see an extraordinary array of milestones from all the eras of automobile, motorcycle and aero-engine construction to celebrate the anniversary of the company.

The selection of historic vehicles assembled by BMW Group Classic together with the BMW and Mini Clubs includes dozens of highlights. The exhibits encompass the 1930s with the BMW 326 convertible, a BMW 502 “Barockengell” from the post-war era, a saloon in the “New Class” and a BMW M1, right through to the forward-looking, futuristic BMW i8 sports car. A bright spotlight will fall on the models in the BMW 02 Series, which is celebrating its 50th birthday this year. The exhibition salutes the history of the brands MINI, Rolls-Royce and BMW Motorrad with some very appealing exhibits. An ambassador of the first products to bear the BMW logo literally floats over the exhibition area: a Klemm L25 light aircraft, which was powered by a BMW five-cylinder radial engine. BMW Group Classic commissioned a complete restoration of the machine constructed in 1927, and it is regarded as the oldest licensed aircraft in Germany.

Outlook: The activities in the anniversary year of the BMW Group and the Concorso d’Eleganza Villa d’Este 2016.

100 years of the company’s existence is the central focus for the press conference of BMW Group Classic on “Happy View Day” to launch Techno Classica. On Wednesday 6 April starting at 3 p.m., journalists will be introduced to the most important classic vehicles being exhibited on the stand, and they will also be given a round-up of the BMW Group’s activities during the centenary year.

The BMW Group also emphasises its commitment in the area of automobile and motorcycle history as the organiser of the heritage Concorso d’Eleganza Villa d’Este. During a press conference held at Techno Classica, the Head of BMW Group Classic, Ulrich Knieps, and the Managing Director Villa d’Este Hotels, Danilo Zucchetti, presented the programme of events for the latest edition of the beauty competition for historic automobiles and motorcycles. This will be held on the shores of Lake Como in Northern Italy and it invites visitors to go on an exclusive journey through time from 20 to 22 May 2016 under the slogan of “Back to the Future – the Journey continues”. The incumbent victorious vehicle from the Corcorso d’Eleganza Villa d’Este is also being shown at the stand of BMW Group Classic in Essen as an impressive testimony to the distinguished field of participants. The Alfa Romeo 8C 2300 Spider Zagato from the year 1932 earned the award of “Best of Show” with the Trofeo BMW Group last year, and it is undoubtedly one of the most valuable vehicles presented at the Techno Classica 2016. 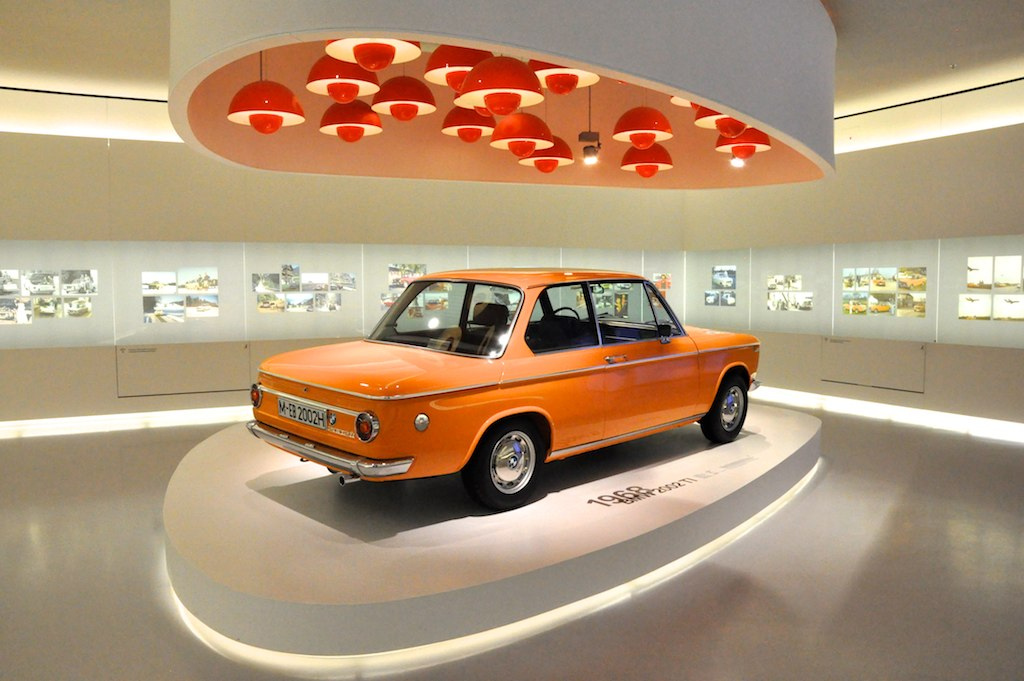 Anniversary of the 02 Series: 50 years of sheer driving pleasure in the compact two-door vehicle.

The centenary of the company’s existence is in the foreground, but this year also marks the 50th birthday of BMW in 1966. The anniversary back then provided an occasion for presenting the BMW 1600. This automobile laid the foundation stone for the series subsequently designated as the BMW 02. The new model was a dream designed for customers with sporting ambitions. The combination of a compact two-door notchback body with engine and chassis technology proven in the four-door saloons of the “New Class” created the ideal enablers for handling that was as agile as it was safe. The BMW 02 immediately soared to become the epitome of the ultimate driving machine. This aura was further enhanced as the years went by because the available power was increased by upgrades in the range of engines supplied from the original 85 hp in the BMW 1600, through 100 hp in the BMW 2002 and 130 hp in the BMW 2002 tii, up to 170 hp in the BMW 2002 turbo.

In 1973, the flagship version was the first European series automobile to be powered by an engine with a turbocharger, and an example of this car is being shown at Techno Classica 2016 alongside a BMW 1600 convertible, a BMW 2002tii touring and a rally version of the BMW 2002 TI. And two other exhibits are absolutely essential if one is to appreciate the profound significance of the series: a vehicle from the first generation of the BMW 3 Series as the successor to the BMW 02 from 1975, and a BMW M2, which continued the tradition of sheer driving pleasure in a compact design with contemporary flair and appealing intensity. 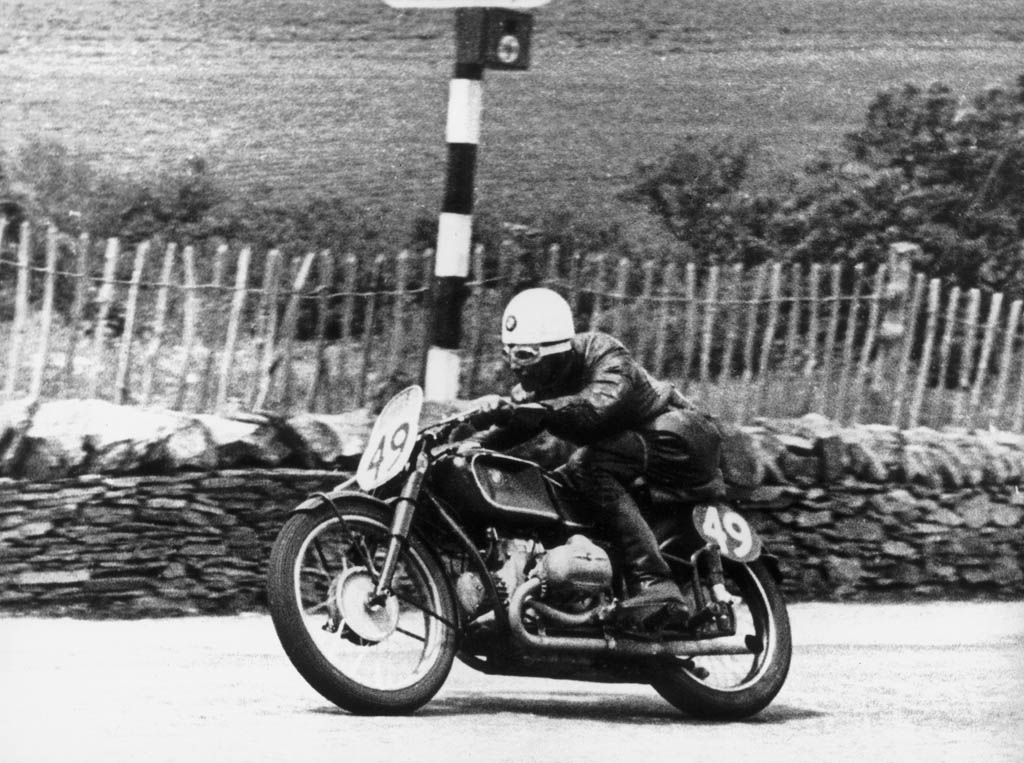 Fascinating eyewitnesses from the history of BMW Motorrad, MINI and Rolls-Royce.

The brands BMW Motorrad, MINI and Rolls-Royce are also part of the BMW Group and they are contributing to the centenary year of the company with fascinating episodes from their history. Visitors to Techno Classica are able to enjoy valuable and rare motorcycles from the early days of motorcycle production. A BMW R 67/2 from the 1950s prepared for the International Six Days Trial recalls legendary motor-sport successes on two wheels, as does an example of the successful BMW R 80 G/S which won the Paris-Dakar Rally four times during the 1980s.

Sporting successes are also the focus of attention when we look back at the history of the MINI brand. Additionally, the exhibits demonstrate that open-air driving fun in the style of the British brand also has a long tradition. A MINI Convertible from the latest generation epitomises this spirit and it is presented side by side with its precursors, which are now almost a quarter of a century old. At the beginning of the 1990s, the German company Lamm launched an open-top version of the small car, and the Rover Group responsible for the brand in the United Kingdom followed suit soon afterwards.

Two automobiles are able to present the quintessential essence of the Rolls-Royce brand. Each of them embodies in their own inimitable way the concept of “strive for perfection”: a Rolls-Royce Silver Ghost from 1923 and a Rolls-Royce Ghost from the current production facility in Goodwood. The Rolls-Royce Silver Ghost was originally given the model designation of 40/50 hp and was built from 1907 to 1925. The vehicle shown in Essen was styled with a roadster body built by American coachbuilder Packard and it is powered by an 80 hp six-cylinder engine. Right from the start, the Rolls-Royce Silver Ghost enjoyed the reputation of being exceptionally advanced and reliable. It was marketed as the best motor car in the world and this cachet defined the company’s self-image at an early stage. This image has continued to determine the character of the brand and its products up to the present day.

M-Fest at the \’Ring: The Ultimate Euro Delivery Trip

by Michael
i3 Official News

BMW Loans a i3 to Los Angeles Police Department for Evaluation