The best rainy days are spent inside. And best rainy days in Munich are spent inside the BMW Museum. But this day may count as one of the best ever. Soaked from a driving Bavarian rain we stepped foot into the famed “Four Cylinder Building” where we were warmly greeted by BMW Classic curator Florian Moser. Florian was there to personally guide us not just through the exhibits but do it with no one else inside the museum. 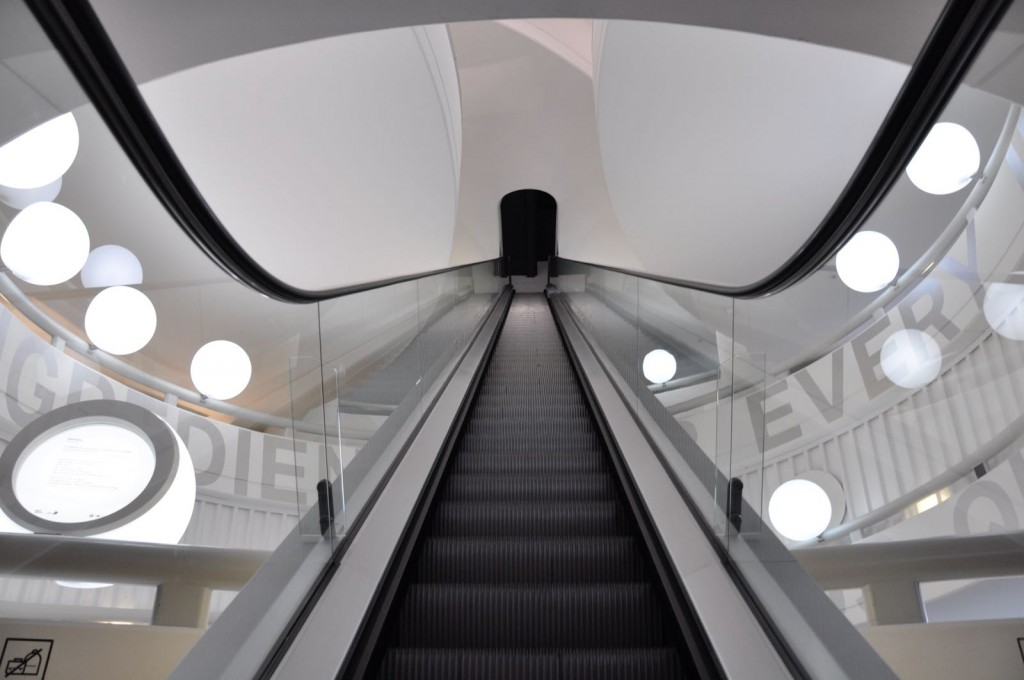 This was to be a completely private tour with nothing but us, Florian and the most important pieces of BMW’s 100 year history.

As we followed Florian through a nondescript door he turned and asked if we minded a quiet and empty museum. As I made my way through the secret back entrance (ducking the propeller attached to one of BMW’s first airplane engines) I shot back – “not a bit.” 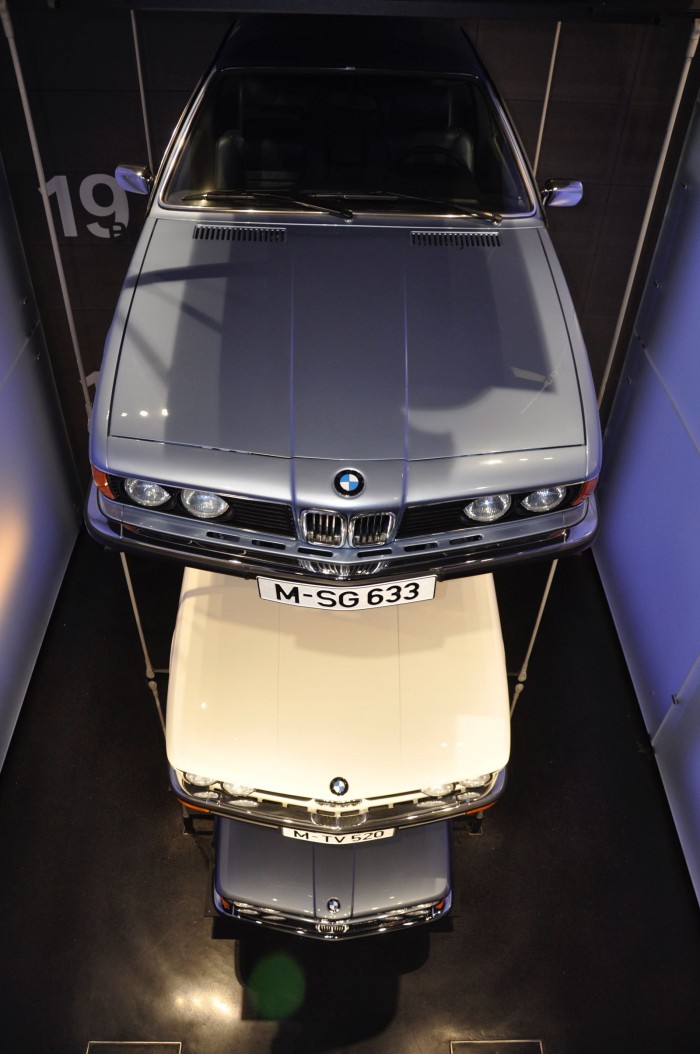 The BMW Museum has seen tremendous changes over the years. Originally housed in the “bowl” next to the “Four Cylinder Building,” it was dramatically expanded in recent years when BMW converted office space and a parking garage into the now state of the art facility.

As Florian explained, it would have been too easy for BMW to arrange the story of the brand and its products in chronological order. Instead the curators have created themes or “rooms” that define key areas of brand and product development. Each of these areas span generations to reinforce BMW’s 100 year commitment to these key areas.

The effect is that a visitor sees the commonality of the 1930’s aluminum alloy space frame of a 328 and the carbon fiber safety sell of an i3. With both laid bare in front of the visitor they can clearly see the same drive for lightweight construction with 80 years separating them. 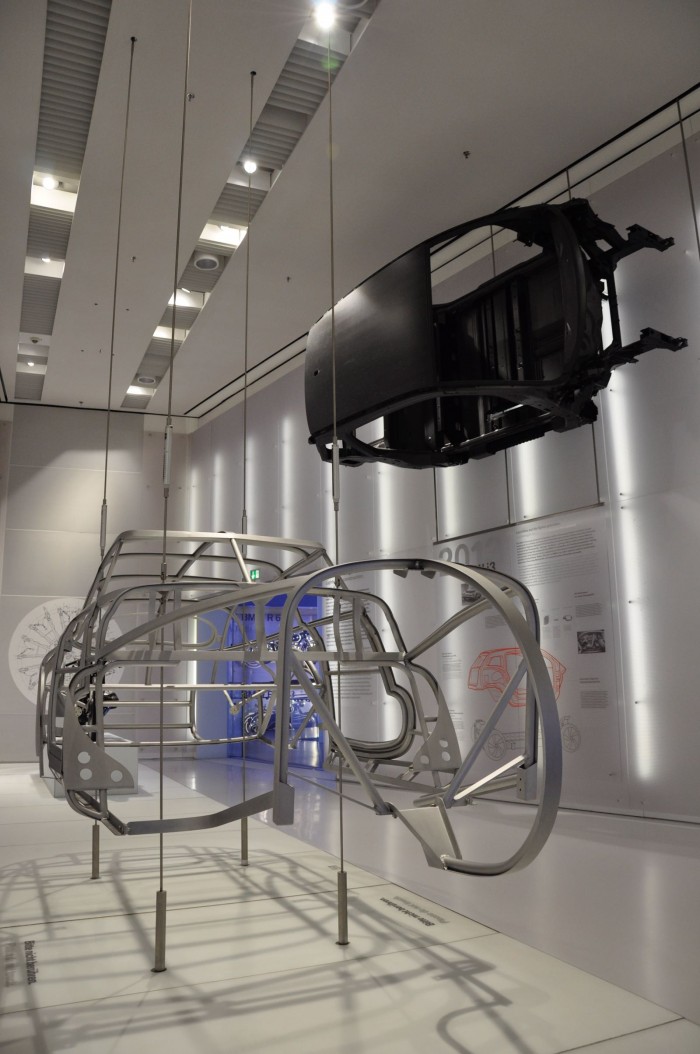 While the curators have liberally woven time periods together, the tour starts where you’d expect – at the beginning. With the 100 year centennial upon us Florian spent a bit more time than usual describing the pre-war period for BMW. Tumultuous would be an understatement. But the key theme is the pace of development during this time. BMW went from the Dixie (a would be forgettable small car) to the now mythical 328 in only five years. All led by the same engineering might that produced its famed airplane engines a decade earlier. It’s hard to understate the radical progress and until I saw the two next to each other, I never grasped the audacity of the achievement.

The tour moves quickly through the years and into the various themes that dominate the stationary exhibit. There are countless highlights and masterful storytelling in both the cars and the artifacts from years past. The room devoted to two icons – the 2002 and the Isetta – is particularly fascinating given that it’s made up of owner photos from the time period of each car. You’re left with an understanding each car’s place in culture – not just the official liner notes that never gives you the full picture. The 2002 in particular was well represented there and in the 3 Series room. With every 3er lined up (starting with the 2002 which BMW is counting here officially as its forbearer) visitors can get a full picture of how each generation has evolved and mirrored the needs of its time. 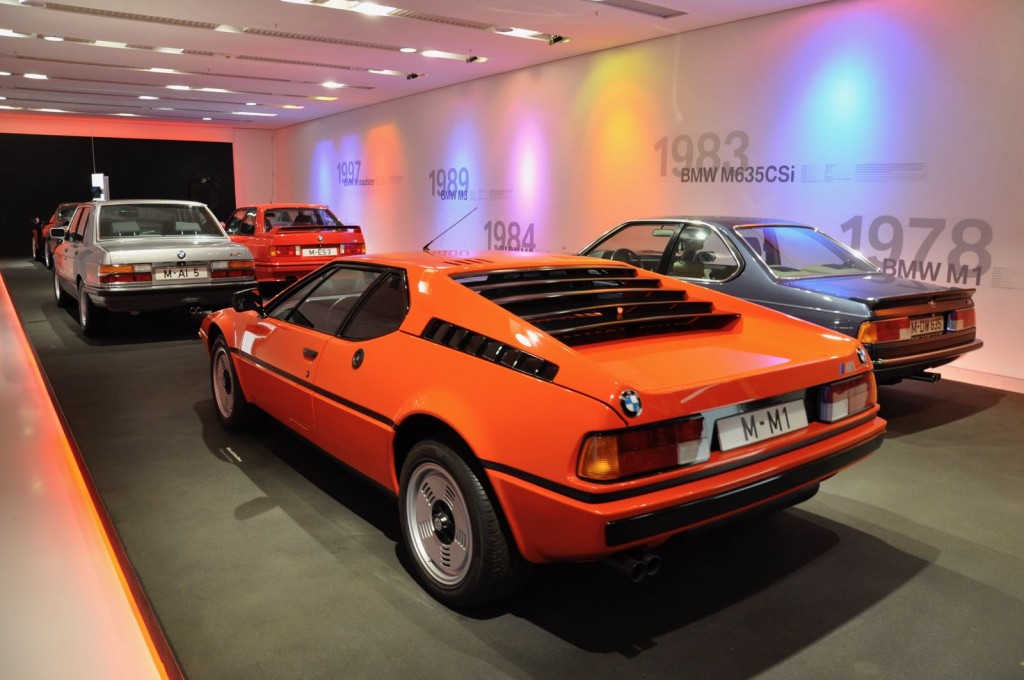 The M room is likely the most popular with a selection of the best to ever wear the M letter. However noticeably absent is anything post the 2003 M3 CSL. Alas there’s only so much room and the museum clearly is focused on classics and near classics. Fine by us as that meant we had plenty of opportunity to inspect the famed E46 CSL M3 which the US never got. It also allowed us to linger around the very first proper M car – the M5. In Euro trim it’s easy to miss as the biggest tell-tale sign is the badge. This was the ultimate sleeper.

From there you pass through the Motorsport area where BMW GT and touring cars are well represented. The highlight for me was probably the 3.0 CSL car run in the IMSA championship in the mid-70s and the E46 M3 that won the 2006 24 Hours of Nurburgring. 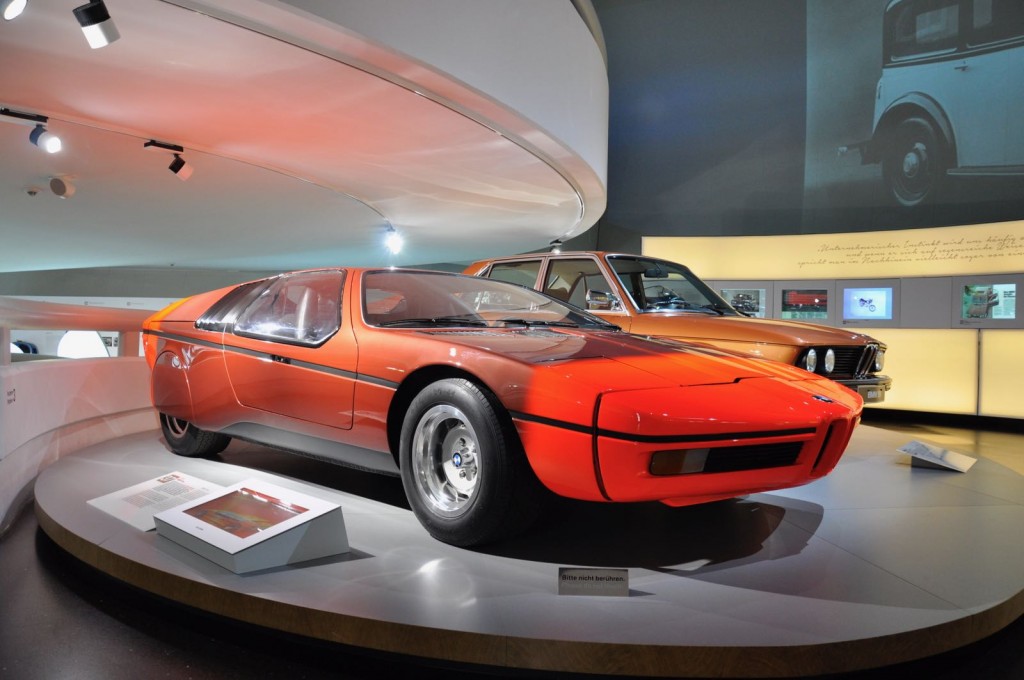 The final stop on our tour was the rotating display currently focused on 100 key moments throughout BMW’s history and located in the iconic bowl. Interestingly it wasn’t just the moments to celebrate but also the moments where the company was challenged in either financial or even political ways. Forced labor is something that the museum treats head-on with photos and a description of the program. Next to that (as an ironic juxtaposition) is a display celebrating the origins of free company wide healthcare.

Post war things gets much more straight forward as we walk about the bowl to the top story. Key in the brand’s story is the 1500 – its connection to both stabilizing the finances of the company but also rejuvenating the brand. Until then BMW was coasting on a sporting brand perception based on cars from the 1930s. But until the 1500 there wasn’t anything in the line-up that truly paid off the heritage that BMW often marketed (even then). Naturally the 1500 became the 1600 and the 2002 was born shortly there after. The rest as they say is history in terms of the modern brand image. 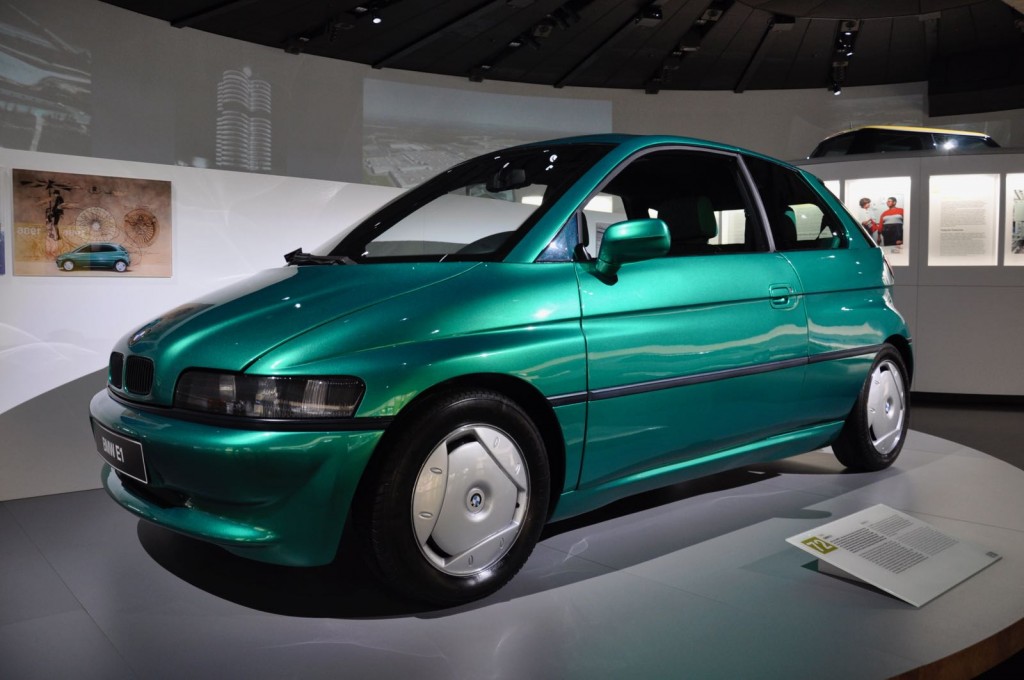 The museum gives us a glimpse into the more recent past and hints at the future with the E1 electric car prototype (which looks shockingly close to production in 1991 form) and of course breathtaking Gina concept car. Even the infamous X Coupe concept makes an appearance. Born out of a research program by BMW Design the X Coupe was derided at the time for being anything but a BMW. A crossover coupe with a shape that was foreign for the time, reaction from audiences was mixed at best. Yet looking at the car now it’s clear that BMW was toying with ideas that ultimately became the X6 – which has gone on to be a runaway hit.

When I mentioned this to Florian he laughed at the word mixed. He’s very aware of the world outside BMW’s walls and so is the museum. Often we’re presented with an heavy-handed view of the world by a brand in museums like this. But Florian and his team have done an admirable job is peeling back (sometimes literally) the layers to show visitors the real stories behind the cars. Better, the museum tries to inject context into the subject, giving visitors a fuller understanding of both the cars and the world they inhabited. 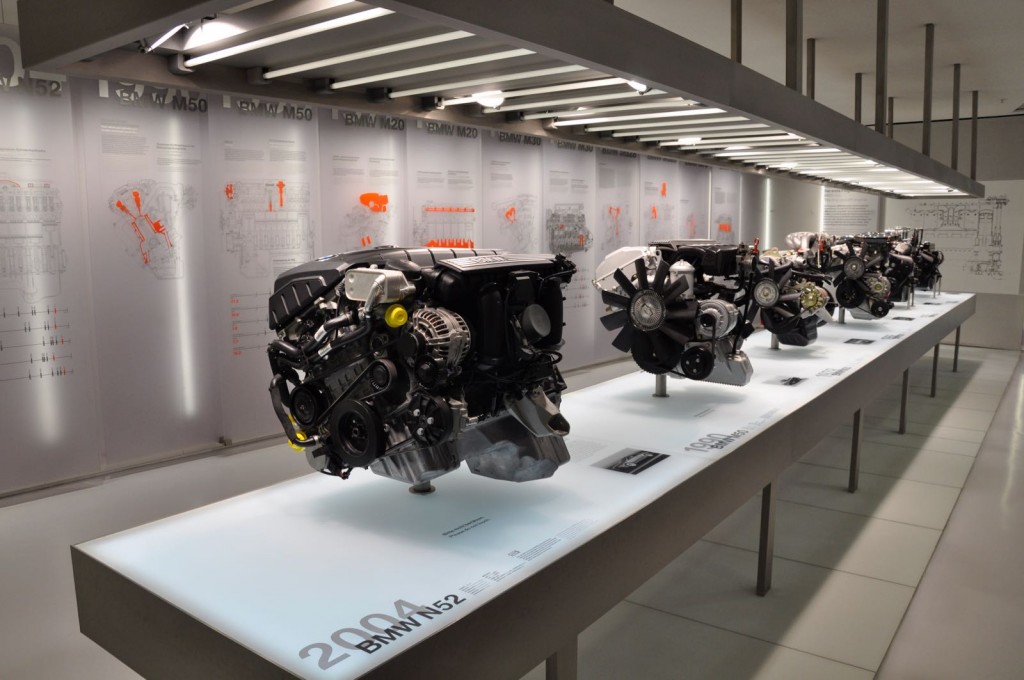 This is not just a building with old cars in it. BMW has done a masterful job of bringing the accomplishments of the past to life in a narrative that does more than inform but creates a sense of wonder. The museum treats engines, objects and cars (some close to priceless) not has art but as reference points for a living and breathing brand.

Walking out of the BMW Museum (and back into the rain) we got into Florian’s current company car (a 2016 MINI Countryman Cooper S if you’re curious) and headed to the cafe at BMW Classic. In talking over lunch (which it turns out BMW does quite well), it’s clear how much energy and passion BMW puts into caring for and displaying its past. For BMW enthusiasts that’s a very good thing. Visiting the museum is a must for anyone heading to Munich who likes cars, engineering, history or design. But for a BMW fan this is hallowed ground that rightly should be considered a required pilgrimage. 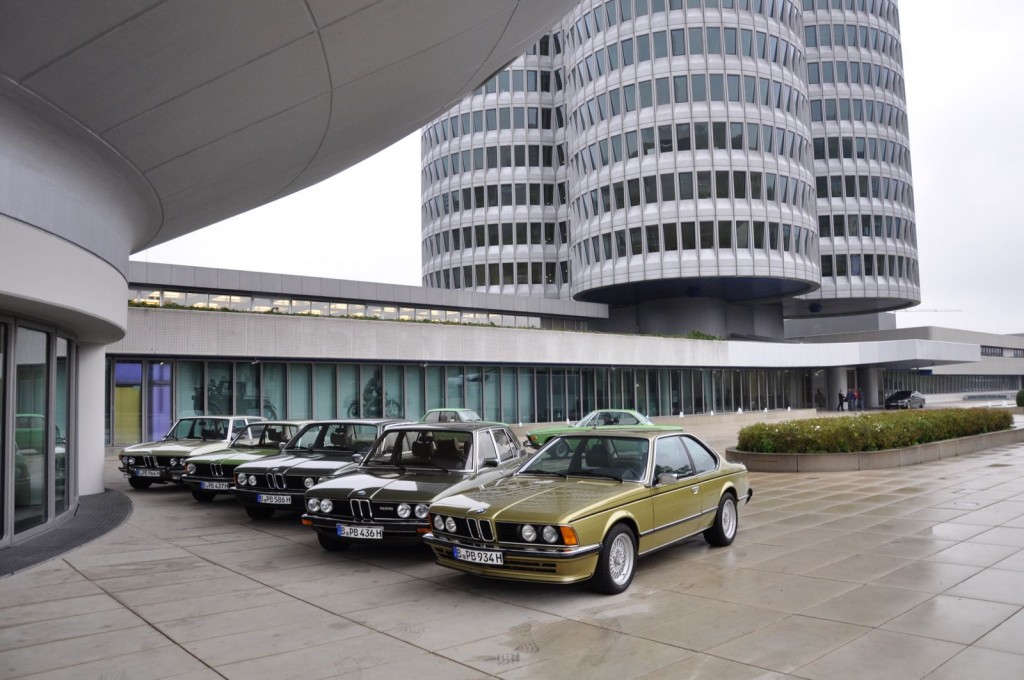 Plan on the tour taking 1-3 hours depending on how in-depth you go into each exhibit. Then I’d recommend heading across the street to the BMW Welt for a bite and a drink to reflect on it all. But if you have more time (and more energy) there’s two more boxes to check in the area. First you’ll want to call BMW Classic (English is widely spoken) and schedule a personal tour of the archives. There they have over 80 cars that while didn’t make it into the museum are likely even more interesting to the enthusiast (look for an article chronicling our tour soon). Next up would be the Munich plant tour which is right behind the museum and next to the Welt.

If you manage to check all those boxes you’ll want to round out your day at the Welt. After you’re done at the gift shop (yes its dangerous) you’ll want to head to the 2nd level for a bite and a beer. It’s the perfect vantage point to sit back, go glassy-eyed and try make sense of it all.

The State of the Used Car Market: BMW M Cars