Sales of BMW brand vehicles decreased 4.8 percent in January 2019 for a total of 18,102 compared to 19,016 vehicles sold in January 2018. Top performers for the month included the BMW X3 and BMW X5 Sports Activity Vehicles and the BMW 5 Series sedan.

“With some model changeovers, we expected the slight decrease in January sales. That being said, we anticipate continued growth for 2019 on the same level as was achieved in 2018,” said Bernhard Kuhnt, President and CEO, BMW of North America. “With four all-new models launching just this quarter – including the highly-anticipated 3 Series – and the continued strong performance of the X5, we are looking forward to a great year ahead.”

BMW is in the midst of an aggressive product offensive, having introduced all-new generations of several core models over the past 24 months. In February, the all-new seventh-generation BMW 3 Series will begin arriving in showrooms followed closely by the first-ever BMW X7 Sports Activity Vehicle, BMW 8 Series convertible and BMW Z4 roadster in March. 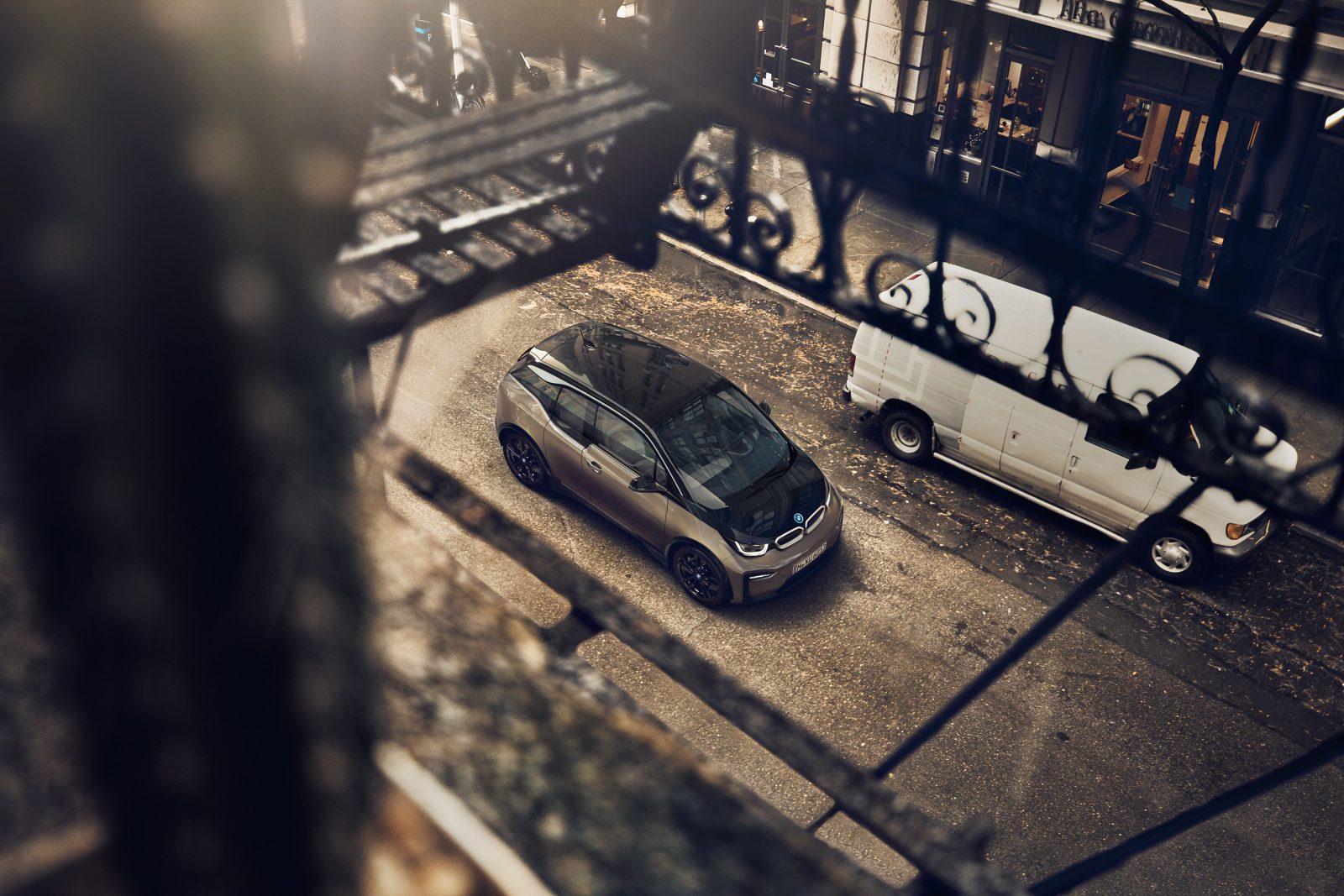 BMW Group sales of electric and plug-in hybrid electric vehicles totaled 996 in January 2019, a decrease of 13 percent over the 1,145 sold in the same month a year ago.

BMW Group currently offers five electrified models in the U.S., including the BMW i3, BMW i8 and i8 Roadster, BMW 530e, BMW 740e, and MINI Countryman plug-in-hybrid electric vehicle. Plug-in hybrid versions of the all-new BMW X5 and the all-new BMW 3 Series have been announced and will begin sales in the U.S. at a future date. 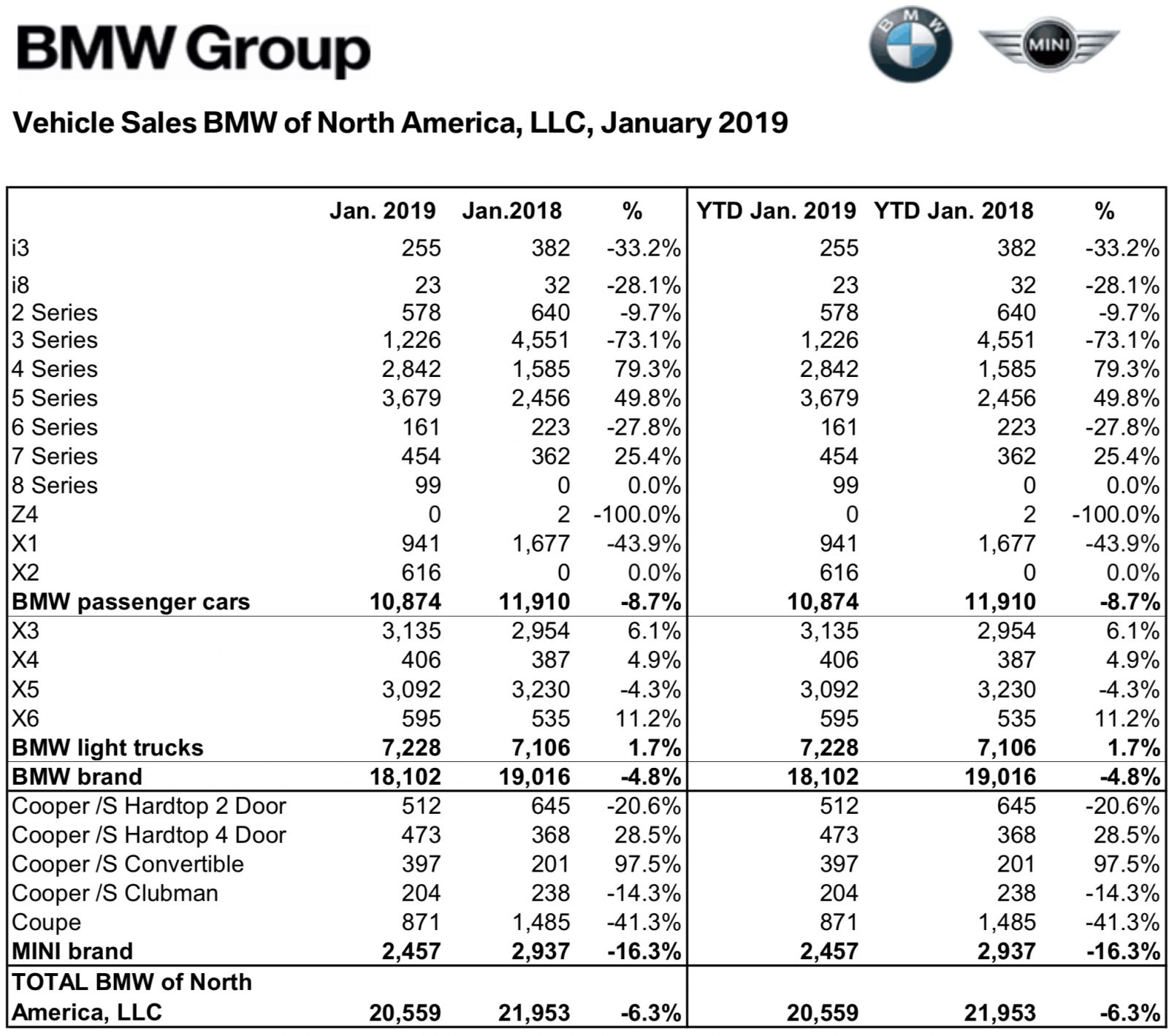 BMWNA Sales Down 2% for November