Official Release: The winter break in North America is over: This coming weekend sees BMW M Motorsport and BMW Team RLL start the 2020 season of the IMSA WeatherTech SportsCar Championship (IMSA series). Traditionally, the season kicks off with a real endurance classic, the Rolex 24 At Daytona (USA) from the 25th to 26th of January. BMW Team RLL, which will contest the IMSA series with two BMW M8 GTEs, is heading to the first race of the 2020 racing year with a lot of momentum, after all, team principal Bobby Rahal’s (USA) crew celebrated the highly acclaimed victory in the GTLM class there last year. 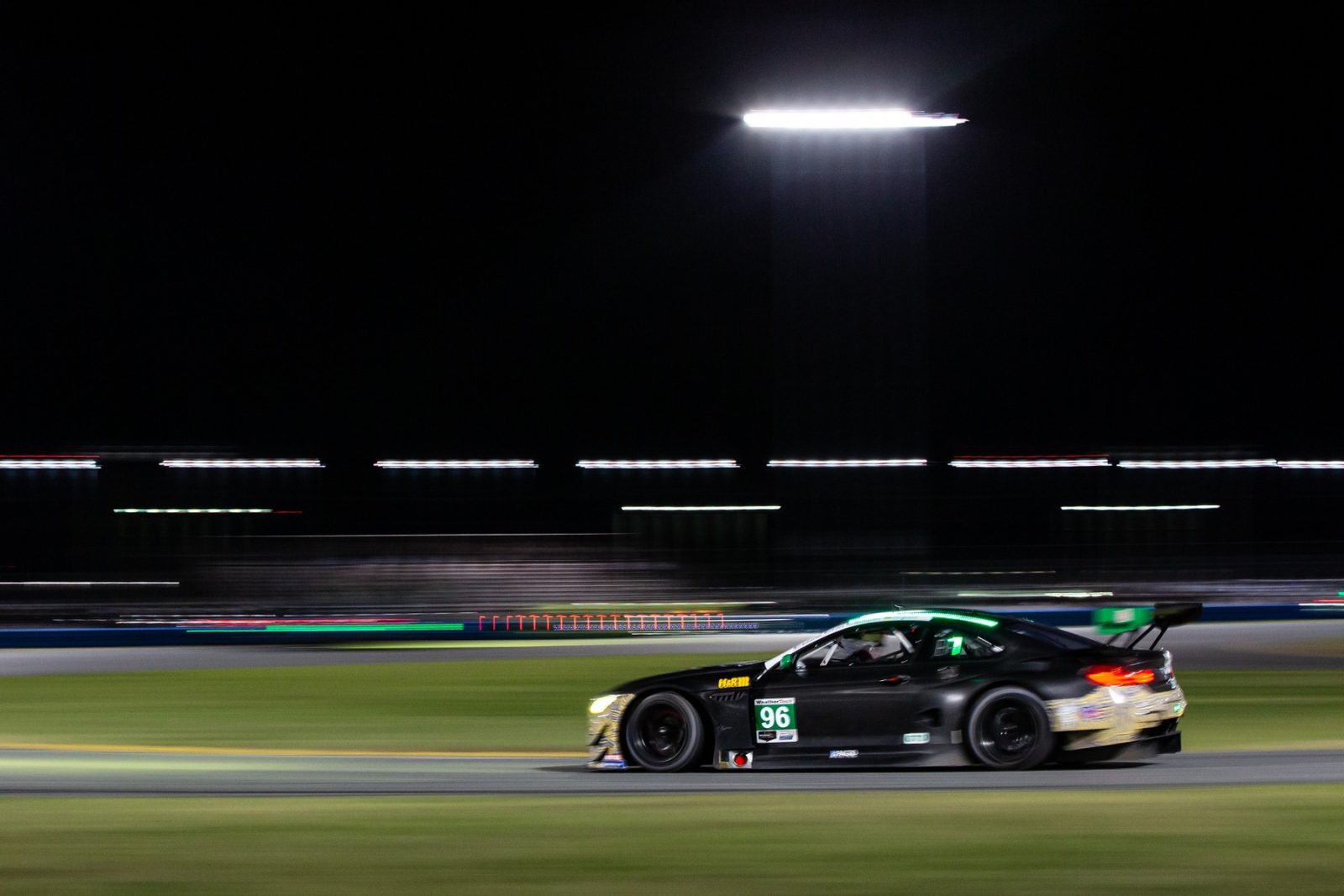 In terms of drivers, BMW Team RLL is going for consistency and proven names. John Edwards (USA) and Jesse Krohn (FIN) will contest the 2020 season in the No. 24 car again. At Daytona they will receive support from last year’s winner Augusto Farfus (BRA) and Chaz Mostert (AUS). The other three winners from last year will be in the cockpit of the No. 25 sister car, namely Connor De Phillippi (USA), Philipp Eng (AUT) and Colton Herta (USA). New to the team is former BMW DTM driver Bruno Spengler (CAN), who, together with De Phillippi, will make up the regular team for the full season. In preparation for the race weekend, BMW Team RLL took part in the three-day “Roar before the 24” pre-test at the beginning of January.

In the 2020 season, BMW M Motorsport, BMW of North America and BMW Team RLL will be backed by strong partners in their commitment to the IMSA Series. The new oil partner for the IMSA is MOTUL. The French company specializes in high-tech engine and industrial lubricants, and has decades of racing experience. The new Official Partner is also the namesake of the MOTUL BMW M8 GTE, adding to the strong portfolio of trusted partners Akrapovi?, Michelin, Puma, BMW M Performance Driving School, bmwusa.com, AERO Advanced Paint Technology, Inc., Lincoln Electric and Rousseau.

In addition to BMW Team RLL and their two MOTUL BMW M8 GTEs, the Turner Motorsport team will also be competing at Daytona. The No. 96 BMW M6 GT3 contesting the GTD class will have BMW works driver Jens Klingmann (GER) and Bill Auberlen, Robby Foley and Dillon Machavern (all USA) at the wheel. The 2020 edition of the Rolex 24 At Daytona gets underway at 1:35 PM Eastern Time on Saturday, January 25th.

Jens Marquardt (BMW Group Motorsport Director): “The 24 Hours of Daytona is a real classic and is our first major highlight of the motorsport season each year. The emotions from last year haven’t been forgotten, when BMW Team RLL drove to a sensational victory in extremely difficult conditions. It goes without saying that this success gives the whole team an added motivational boost. Now we are really excited to see what challenges the 24 Hours of Daytona has in store for us this year. We are ready to take on these challenges. BMW Team RLL and the BMW engineers used the winter break to work intensively on preparing the BMW M8 GTE for Daytona and the 2020 IMSA season. Now I hope that this hard work will be rewarded with corresponding success. I’d like to take this opportunity to also thank our strong partners in our IMSA commitment. They all play their part in the successes of BMW Team RLL.”

Bobby Rahal (Team Principal, BMW Team RLL): “Our Daytona victory last year was a victory that was really earned across all aspects of the team and it was a proud moment for all of us. We have a difficult act to follow for this year, but I think that with it being one year on for the BMW M8 GTE and the improvements that were made over the course of last year and the off season, we’ve got to feel as optimistic as you can ever feel about a race of this length. I believe there are still a lot of question marks in terms of our competition, for example, two manufacturers will bring new cars. It will be a very tough race but as we saw last year, a lot can happen and we just need to make sure we are in a good spot to take advantage of the opportunities that present themselves.”

John Edwards (No. 24 MOTUL BMW M8 GTE): “It felt great to get back behind the wheel at the Roar. It has been a long break for everyone except the BMW Team RLL crew and engineers who have been working flat out, probably since the end of last season. We have a proven car in the BMW M8 GTE and had a strong three days at Daytona.”

Jesse Krohn (No. 24 MOTUL BMW M8 GTE): “Knowing the BMW M8 GTE as well as we do gives me a very good feeling for the 2020 season and especially the 24-hour race. Three strong days at the Roar test showed we are well prepared.”

Augusto Farfus (No. 24 MOTUL BMW M8 GTE): “We had a trouble-free Roar test and that was important for us to be able to get into a rhythm and run the miles we needed. Of course, based on our win last year expectations are high, but we are grounded and will attack the race in a straightforward way. The times show the field will be very competitive and the BMW M8 GTE is right there.”

Chaz Mostert (No. 24 MOTUL BMW M8 GTE): “I’m excited to get the call-up to return with BMW Team RLL for another 24-hour race at Daytona. Hopefully, the #24 will have a bit better luck this year, but whether the #24 or #25 BMW M8 GTE wins doesn’t matter as long it’s a BMW victory.”

Connor De Phillippi (No. 25 MOTUL BMW M8 GTE): “A new season has brought a new team-mate for the #25 BMW M8 GTE in Bruno Spengler. I am looking forward to working with him. The 24-hour race at Daytona will kick off the third season for the BMW M8 GTE and we enter the race as last year’s winners. Obviously, we have high expectations for the race as we’ve proven ourselves and the car already.”

Bruno Spengler (No. 25 MOTUL BMW M8 GTE): “The 2020 IMSA season will be very exciting and challenging. I am very motivated to get it started at the Daytona. This will be my fourth 24-hour race at Daytona with BMW Team RLL – after 2015, 2016 and 2017 – and my first race with my new team-mate Connor De Phillippi. We have two more winners from last year’s race with us, Philipp Eng who I know well from DTM and Colton Herta, a very fast young man.”

Philipp Eng (#25 MOTUL BMW M8 GTE): “I am very much looking forward to be racing at Daytona again. The main target will be to defend our title. We had a good Roar and have all the ingredients to be successful.”

Colton Herta (#25 MOTUL BMW M8 GTE): “I am very happy to be back with BMW Team RLL for Daytona. We’ve got most of the winning band back together from our win last year with Connor De Phillippi and Philipp Eng. Bruno Spengler will complete the quartet as Augusto Farfus moves to the #24 car.”

Does ALMS Have a Dim Future?

BMWNA Sales Up 3.6% For September