The age of BMW electric mobility within the US has begun for consumers as BMWNA delivers its first BMW i3 to a customer. The BMW i3 features a Carbon Fiber Reinforced Plastic passenger cell know as the Life module and all electric 170hp, 184 ft/lb motor which is able to travel up to 100 miles on a single charge of its 22 kWh lithium ion battery. There has been strong global demand thus far for the i3 in its infancy as BMW has had to increase production already and there are plans to increase it even further as there are already over potential orders. 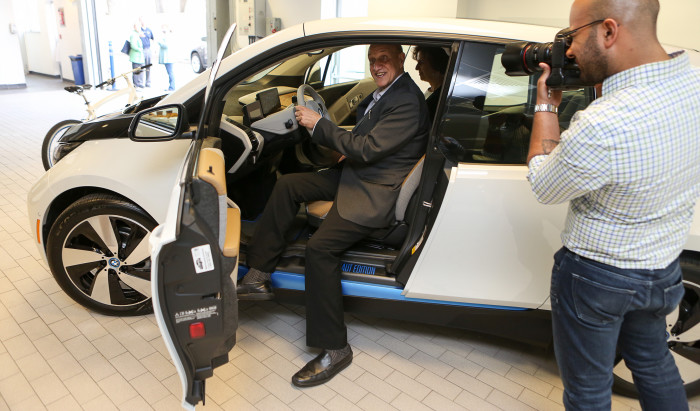 Today, BMW delivered the first all-electric BMW i3 in the U.S. to Boston resident and Tufts University professor of practice Charles Rabie at the BMW of Boston dealership. Hundreds of BMW i3 vehicles are currently at U.S. facilities and ready to be delivered to customers nationwide, ushering in a new era of electromobility.

Rabie is an electric vehicle advocate and has been driving the BMW ActiveE since 2012. Also among this first group set to receive a BMW i3 is Los Angeles-based former E! Entertainment leading correspondent Ashlan Gorse Cousteau, married to renowned documentary filmmaker and environmentalist Philippe Cousteau, grandson of Jacques Cousteau. 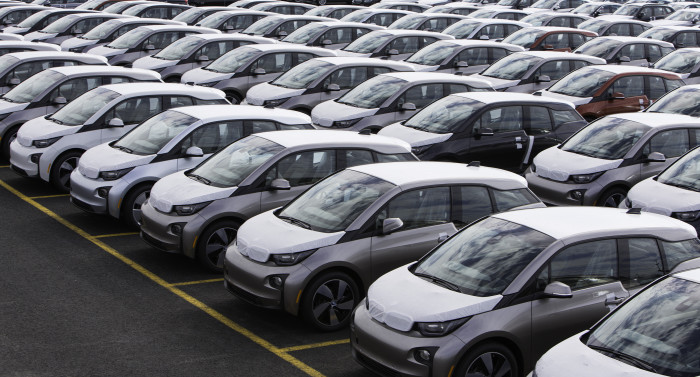 The BMW i3 is the first of the BMW i vehicles constructed from the ground up primarily of carbon fiber to enter the U.S. market. With 170 horsepower and 184 lb-ft of torque hybrid-synchronous electric motor, the fully electric BMW i3 is electrified by a 22-kWh lithium-ion battery, good for 80-100 miles of emission-free driving. Agile and engaging to drive, the BMW i3 is ideally suited for dense urban areas. The BMW i3 has a base MSRP of $41,350 and the range-extender model will have a starting MSRP of $45,200.

BMW i is the BMW Group’s forward-looking and sustainable brand dedicated to solving many of the mobility challenges faced by the world’s most densely populated cities. The all-encompassing approach of BMW i includes the extensive use of recycled, renewable raw and naturally treated materials, alongside an extremely resource-efficient production method. 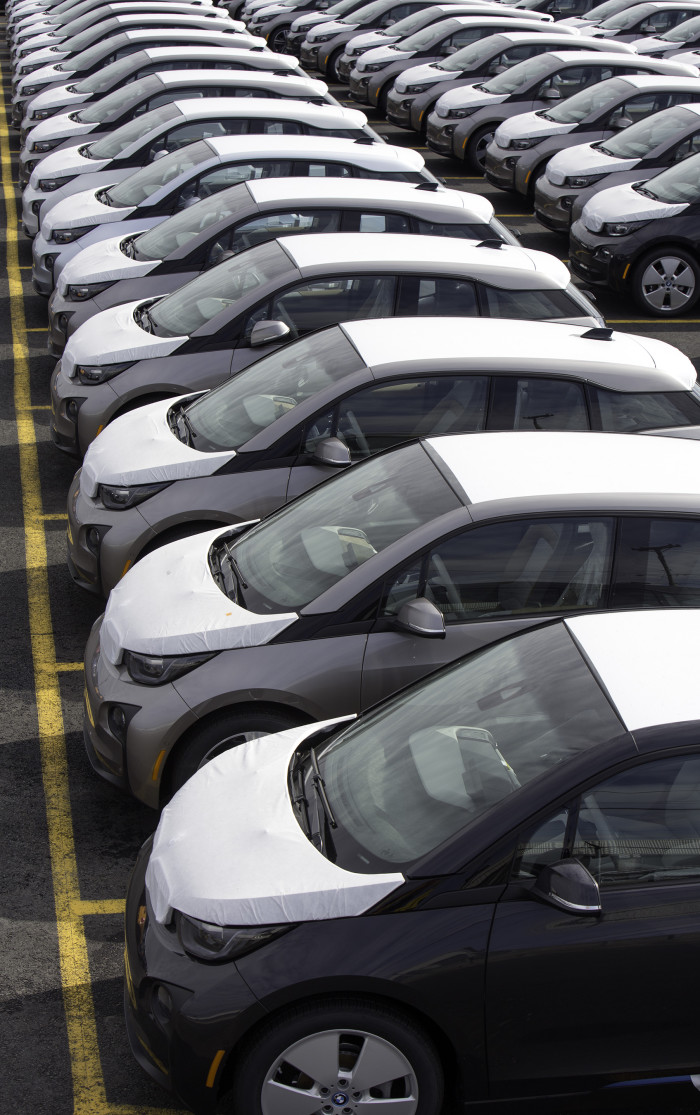 FacebookTwitterPinterestLinkedinRedditMixEmail
In the Press Sales/Marketing

Worldwide BMW Sales up 5.6% for November

BMW CEO Steps Down due to Missteps in Electrification