Official Release: Ashley Freiberg and BMW Motorsport Junior Trent Hindman drove the No. 46 Fall-Line Motorsports BMW M3 back onto the Continental Tire Sports Car Challenge podium, finishing third in Saturday’s two-hour-and-thirty-minute race at Road America, in Elkhart Lake, Wis. Out of the points in the last two rounds due to a mechanical failure at Canadian Tire Motorsport Park and a crash on the first lap at Lime Rock Park, the duo combined for a strong performance today to complete 57 laps of the 4.0-mile, 14-turn circuit, finishing 1.6 seconds behind the winning Porsche. 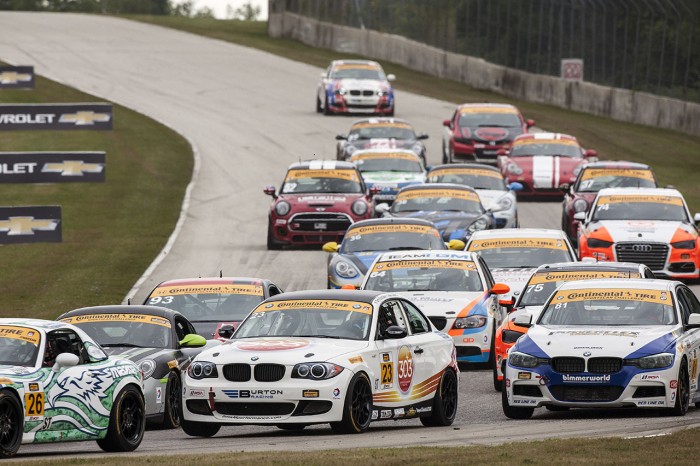 “Our M3 was a missile today,” said BMWNA Scholarship driver Freiberg. “I drove as hard as I could.” Hindman added, “I was closing at the end and was hoping some of the slower traffic ahead would hold up the leaders, but I think I may have been too hard on the tires in the beginning of my stint.”

In the Street Tuner class, the highest finishing BMW was the No. 81 Bimmerworld Racing BMW 328i, of Tyler Cooke and Andrie Hartanto, in fourth.

Round 8 of the 2015 Continental Tire SportsCar Challenge will take place at Virginia International Raceway, in Alton, Virginia., on Aug. 22.

by Gabriel Bridger
F30 3 Series In the Press Official News