A handful of journalists got some time behind the wheel of a (still camouflaged) BMW M5 this week and have some initial thoughts on the car. 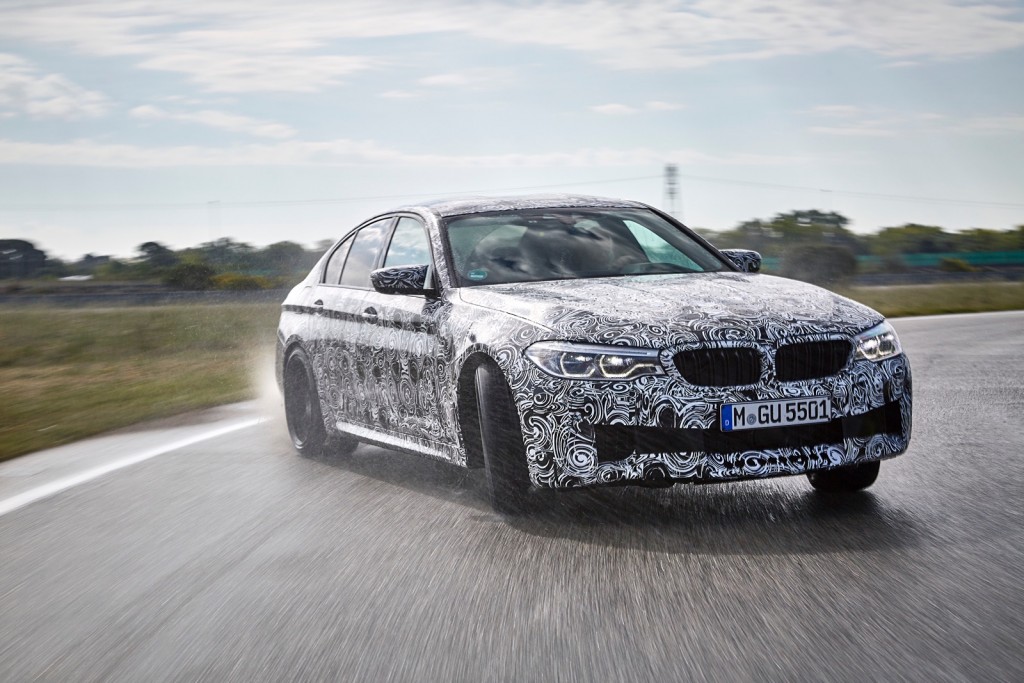 Road and Track (US): http://www.roadandtrack.com/new-cars…-drive-review/ / Yes, it’s all-wheel-drive. No, you can’t get a manual. Don’t worry: The new M5 is still true to what makes BMW sport sedans great. We drove a prototype on track to confirm.

Car and Driver (US) / Relax. The following day, a dozen laps in camouflaged M5 prototypes around the road courses at BMW’s Miramas test facility in southern France show that this car has the potential to be the best M5 since the E39 gave way to the Bangle-tastic E60. The M5’s new hardware may be blasphemous, but it’s good. Very good. 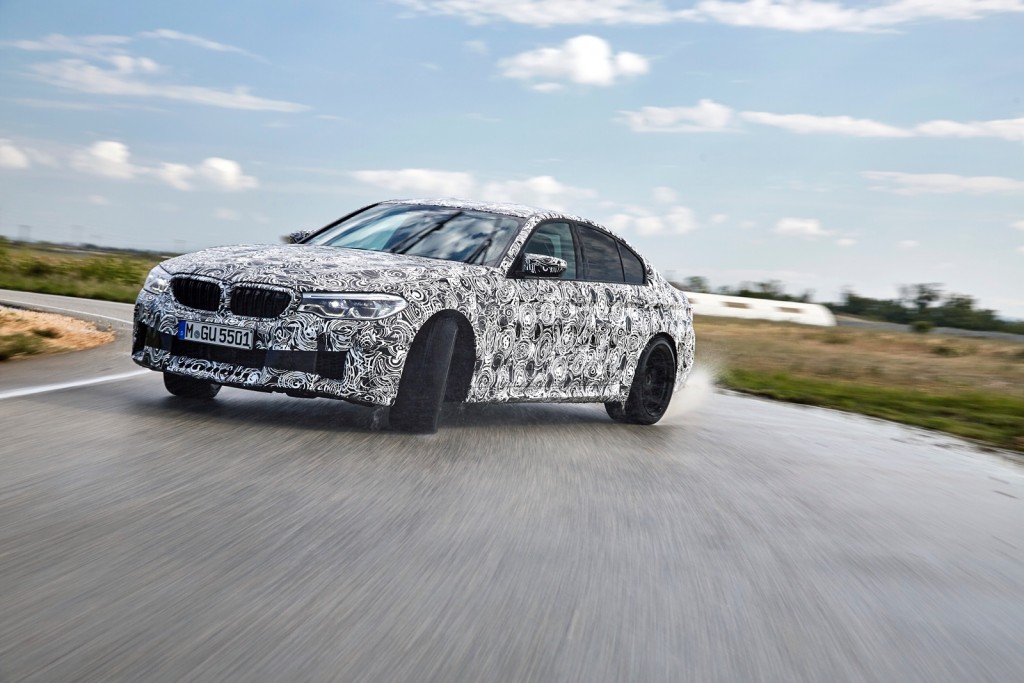 Motor Trend (US) / Anyone who felt intimidated by the knife-edged demeanor of the wilder, woolier rear-drive M5 is going to feel a lot more comfortable dicing with AMG Hammers in this savvy all-wheeler—and for the masochists who liked that sort of thing, there’s a RWD setting. There are still too many drive-mode variables, but the steering effort has been tamed and the launch mode mercifully simplified. With our wish list mostly granted, the M5 feels poised for a rematch with AMG.

Auto Express (UK) / A four-wheel-drive BMW M5 will have fans worried, but on this evidence their fears are unfounded. With the ability to be rear-wheel drive on demand, the new car is just as spectacular as its predecessors, but it also delivers the traction to exploit its performance to the full. 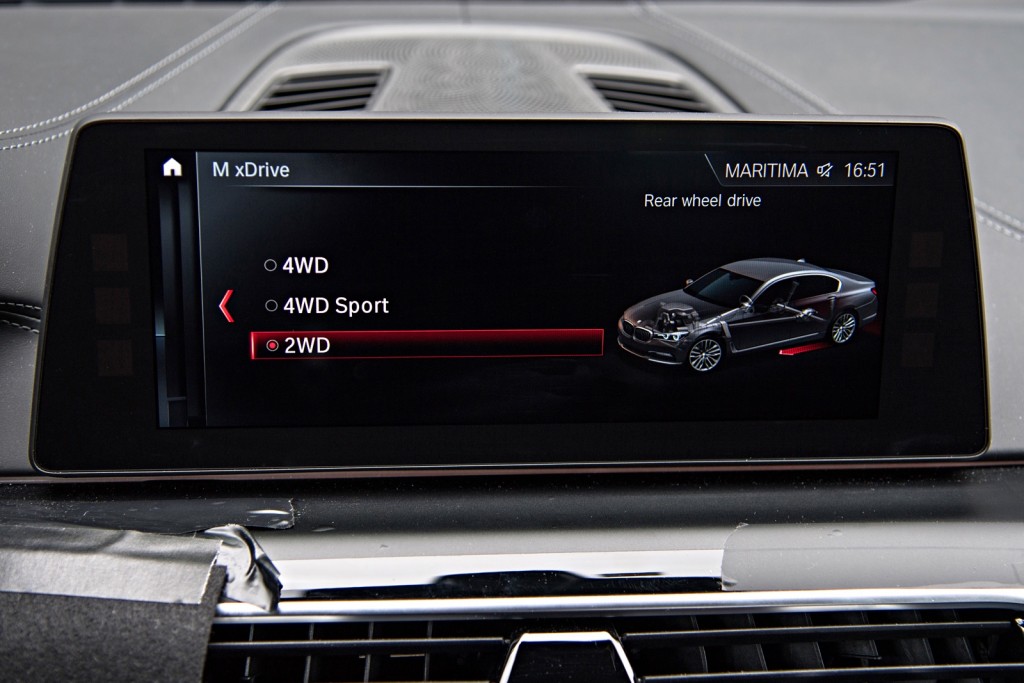 EVO (UK) / The initial signs are that the new M5 is surprisingly agile for a car of its size. Adjust the throttle in a corner and the car’s attitude subtly shifts; change direction through the fast ‘S’ curves and it repeatedly locks onto its new line with dogged enthusiasm, resisting understeer keenly.

Autocar (UK) / The car’s extra driven axle pours on the grip and stability smoothly and intelligently but only after your level of control over the car’s position and attitude on the track has begun to deteriorate – like the best stability control system a super saloon could ever have.

Is it possible that a four-wheel drive BMW M5 could handle even better than a rear-driven one? It’s very early days for pronouncements like that – but on this evidence, it seems we really can believe it.

Chris Harris Compares the M5 to the GTR