BMWNA had a descent month in June. While year-on-year sales growth was a modest 0.4%, overall US light vehicle sales were down about 3% (Porsche and Maserati have yet to report, as of the time of this writing). And even though sedan sales continue to suffer across the board here in the US, 4-series and 5-series both showed excellent numbers compared to June of last year, growing 41.1% and 42.9% respectively.

The X1 and X5 both showed solid gains as well, resulting in total X-series growth of 15.7%. When the new X3 starts selling later this year, these numbers should improve even more. Yes, it’s taken about 6 months longer than BMW NA management had hoped, but increased SAV availability has lead to an improved product mix that is better aligned with the current US buyer’s appetite for vehicles with “command seating” like CUVs, SUVs and trucks. 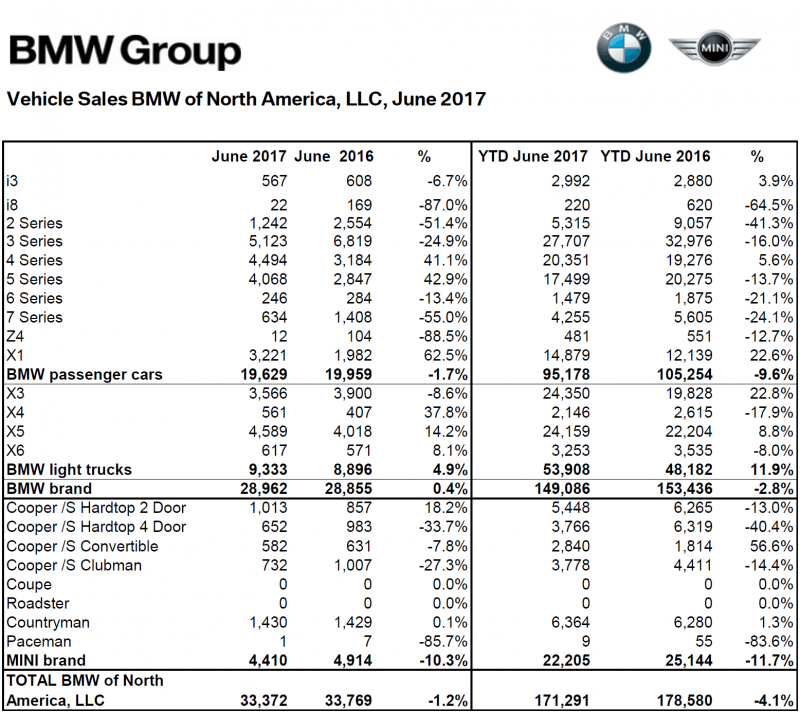 Sales of 2-series and 7-series are both down. The 7-series deliveries have to be particularly disappointing, especially considering Mercedes-Benz managed to move 1,169 S-class variants compared to just 634 7-series. But fears of falling into third in the luxury car competition have faded considerably. BMW has outsold Lexus by over 25,000 units in the first half of 2017. This time last year the Roundel was a scant 2,000 units ahead. 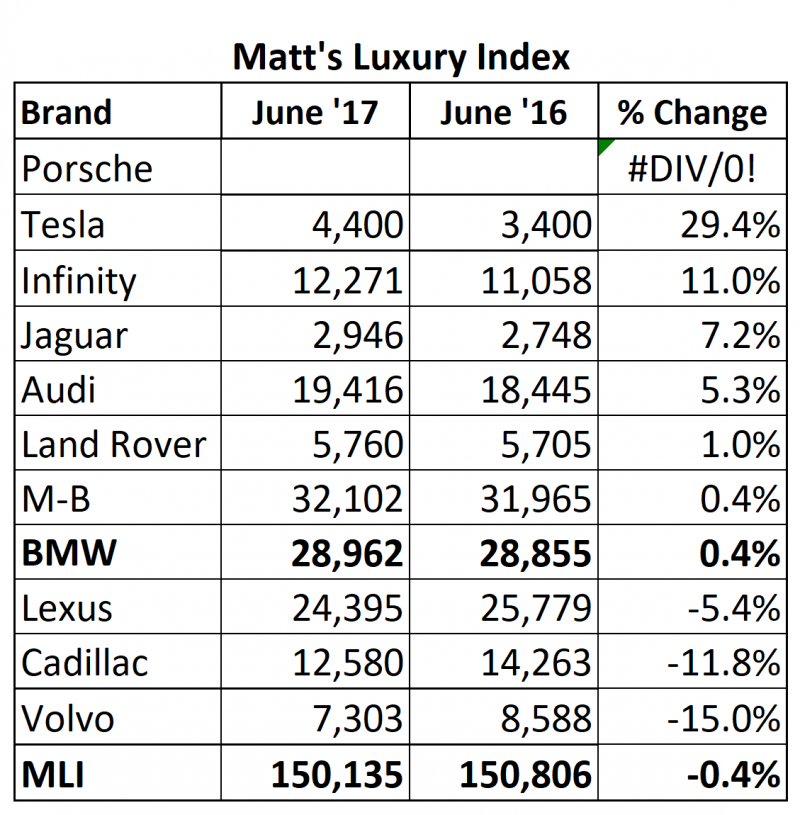 BMW was in the middle of the pack in Matt’s Luxury Index. Jaguar’s stellar performance derived from the F-Type and the F-Pace seems to have cooled, and Volvo’s surge has as well. But both had performed well for many a month, and nothing can last forever. On a side note, Alfa Romeo sold over 1,000 units due to the introduction of the Giulia 5-series competitor. With the Stevlio soon to be available, Alfa may finally emerge from the statistically insignificant to a real car company here in the US, potentially moving Jaguar-sized inventory.

BMW Group Worldwide Sales up 3.9% for May