The Rétromobile is the classic car world’s version of the Paris or Frankfurt Motor Show. And just like major motor shows BMW is making an official appearance with a handful of key cars taken from the BMW Group Classic archives.

Official Release: Paris will become the city of love for classic cars for five days. At the Rétromobile 2019 exhibition, fans and potential purchasers of classic cars and motorcycles will find everything their hearts desire from 6 to 10 February 2019. BMW Group Classic has joined forces with BMW France and French BMW Clubs to feature a number of exciting chapters in the brand history at Rétromobile 2019. The recent history of BMW roadsters, the long tradition of the brand in the luxury segment, and the history of motor sport over the past four decades is presented through the prism of the fascinating exhibition vehicles. Classics on two wheels are also being presented, alongside services in the areas of parts sales, vehicle dealership and archives. The exhibition in Paris also offers a window onto the Concorso d’Eleganza Villa d’Este 2019.

Rétromobile is one of the biggest and most diverse exhibitions of classic vehicles in Europe. Around 650 exhibitors from all over the world will be represented in the 44th edition of the event at the Porte de Versailles exhibition complex in Paris. More than 600 historic vehicles will be shown on an area of some 6,700 square metres in exhibition halls 1, 2 and 3. Many of them will be for sale, along with replacement parts, workshop equipment and lots of other products to excite fans of classic vehicles. The rare treasures presented by BMW will be shown in Hall 1 at an exhibition stand divided into several sections each with a dedicated theme. Passepartout frames mounted in the partition walls provide visitors with a view of other sections of the exhibition stand from a variety of different perspectives.

BMW Group Classic celebrated its presentation at Rétromobile 2019 by announcing that owners of classic vehicles in France would have access to enhanced service packages in future. This is being achieved by extending the international network of BMW Classic Partners to French locations. The Certified BMW Classic Partners will be offering fans and owners of historic automobiles comprehensive and professional service packages in the areas of repair, restoration and parts supply, as well as specialist advice about the purchase and sale of vehicles. The network of BMW Classic Partners currently covers sites in Germany, Austria, Italy, Poland, Portugal, Belgium and the USA. 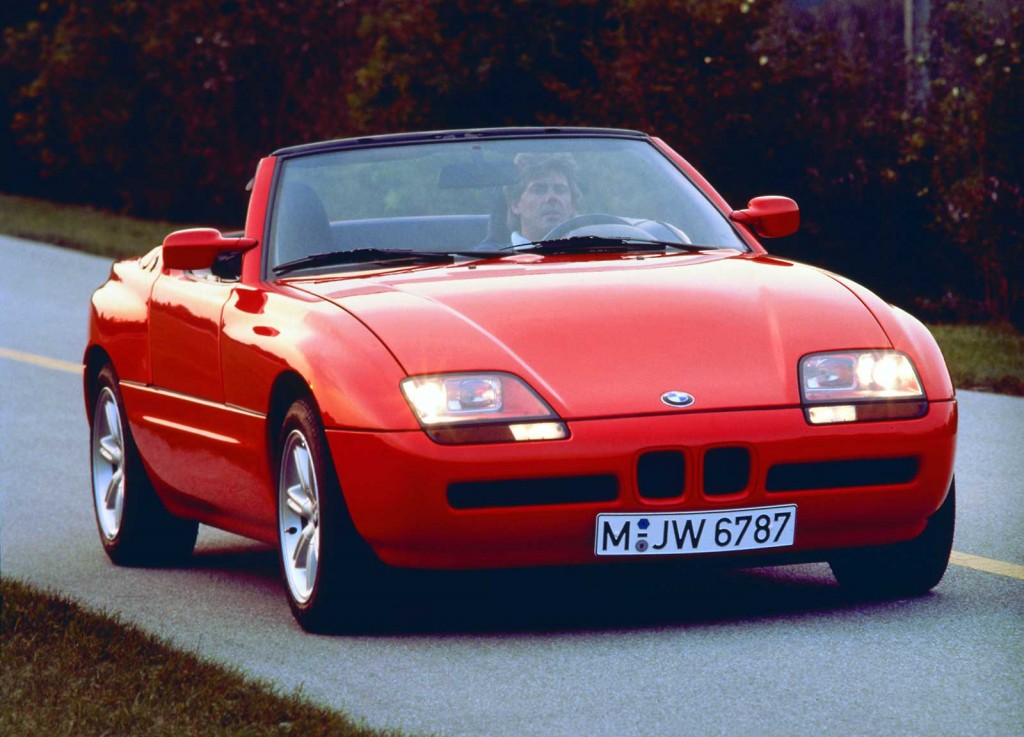 Once pioneering, today a classic car: the BMW Z1.

The roadsters of the BMW brand have always epitomised open-top driving pleasure for two people. Some 30 years ago, the first examples of the BMW Z1 were delivered to expectant customers. Originally, the two-seater was a development project run by BMW Technik GmbH, designed to enrich knowledge about innovative vehicle structures and materials in the course of the project. The plastic body mounted on a self-supporting steel chassis, the retractable doors and the agile driving performance generated enthusiasm right from the start. Today, this passion is shared by fans of youngtimers and classic cars alike. One of the 8 000 BMW Z1 automobiles delivered up until 1991 will be presented at the Rétromobile 2019 and offered for sale. The vehicle has been restored to its original condition and although it is only on the threshold of classic-car status, it is nevertheless already one of the coveted collectibles from the model history of the brand. A comparison between the BMW Z1 and the new BMW Z4 – set to make waves from March 2019 – shows that the universal attraction of an open-top sports car retains its lustre to this day. 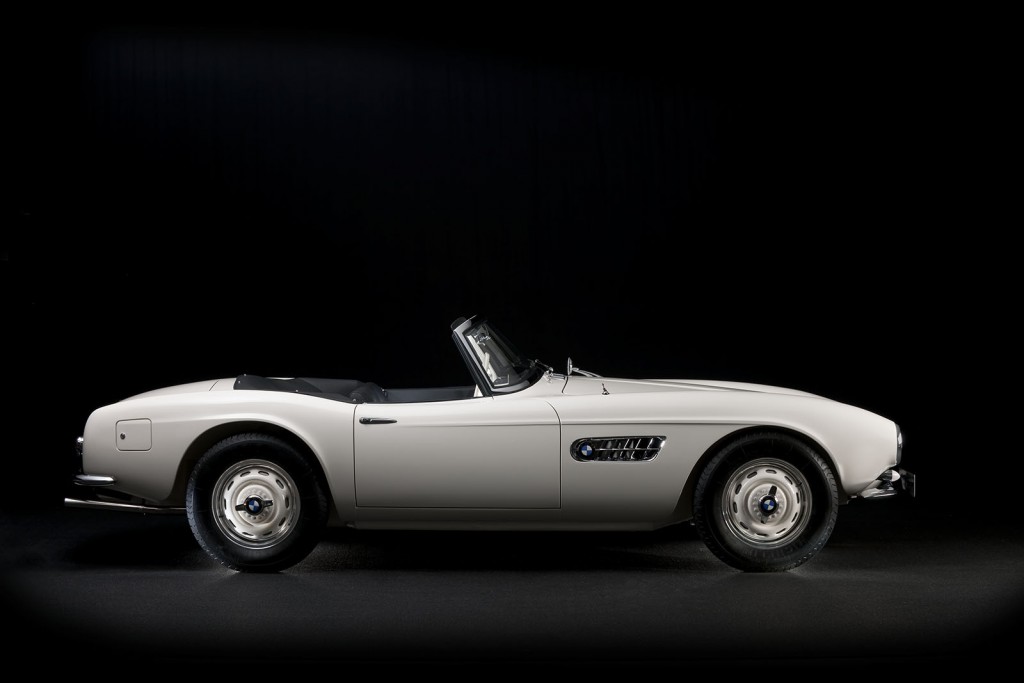 BMW 507: sportiness and luxury in the open air – and on the water.

Almost three and a half decades before sales of the BMW Z1 were launched, another roadster that has meanwhile become a legend was creating a sensation for the first time. The BMW 507 was presented at the International Motor Show in Frankfurt in 1955. It embodies dynamic performance, elegance and a generous portion of luxury. In 1957, BMW commissioned Starnberg-based boatbuilder Werft A. Rambeck to construct a speedboat on the basis of the numerous design attributes in the styling of the road-going vehicle. The speedboat was powered by the BMW 401 marine engine derived from the automobile powerplant, and at 150 hp it precisely matched the power of the eight-cylinder unit mounted in the BMW 507. The unique special was long believed to have been lost, but the boat was discovered a few years ago and restored by Werft Rambeck. At Rétromobile 2019, BMW Group Classic is presenting the roadster and the boat together with the new BMW 8 Series convertible, which transfers the combination of sportiness, luxury and open-top joy to the present day. 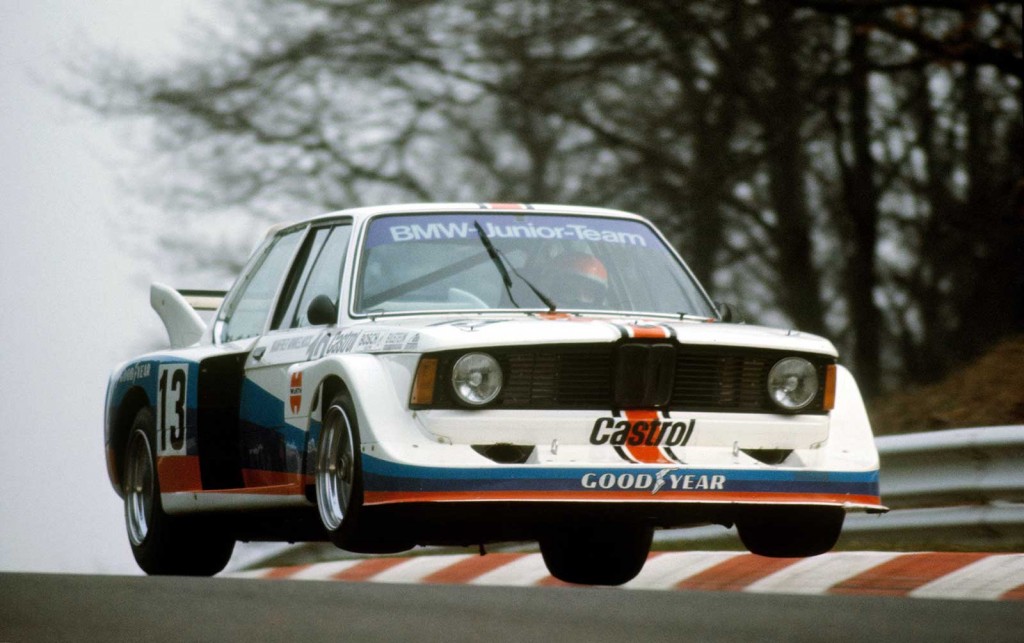 Racing car for the BMW Junior Team and the Procar Series.

Two outstanding competition vehicles recall the glory days of the 1970s in motor sport with two outstanding competition vehicles. A BMW 320 built in accordance with Group 5 regulations is presented in homage to a successful era of the brand in touring-car sport. Front spoilers, rear wings and flared wheel arches with flamboyant styling characterise the competition vehicle developed on the basis of the first generation of the BMW 3 Series. Under the bonnet, the car is powered by a Formula 2 racing engine, which generates an output of 300 hp from a displacement of 2.0 litres. In 1977, BMW competed with the new touring car in the German Racing Championship (DRM). At the same time, this formed the launchpad for a new form of promotion for junior drivers. Eddie Cheever, Marc Surer and Manfred Winkelhock competed in the BMW Junior Team against established, world-class drivers. They became the darlings of the public and collected a bumper harvest of points.

Two years later, drivers lined up at the start of the first races in the Procar Series initiated by BMW. This was an ideal stage to put the racing version of the BMW M1 through its paces. In the Procar Series, Formula 1 pilots and touring-car drivers competed against each other in identically engineered vehicles powered by 470 hp engines. The races were held in 1979 and 1980 as part of the warm-up for the Formula 1 World Championship races in Europe and they developed into a massive success with a big public following. A Procar racer from the collection of BMW Group Classic is being presented at Rétromobile 2019.

Connoisseurs and collectors of historic two-wheelers will be delighted with the exhibits shown in the section of the exhibition stand dedicated to classic two-wheelers from BMW Motorrad. The vehicles offered for sale there include a BMW R51/3 from the 1950s and a BMW R 60/5 from the touring motorcycle series presented in 1969. The BMW R 51/3 was launched in the marketplace in 1951. Its completely redesigned two-cylinder Boxer engine with a capacity of 500 cubic centimetres was also a new development and impressed aficionados right from the start with its smooth-running performance and high level of reliability. BMW also explored new avenues with the /5 Series. The models BMW R 50/5, BMW R 60/5 and BMW R 75/5 were designed as sporty tourers styled in a modern design and they were fitted with a completely new chassis incorporating a telescopic fork for the front wheel and an adjustable rear-wheel suspension. Other innovations included the electric starter and the fact that customers had a choice of different colours for the first time. The launch of the /5 Series also heralded the completion of relocating motorcycle production from Munich to Berlin. 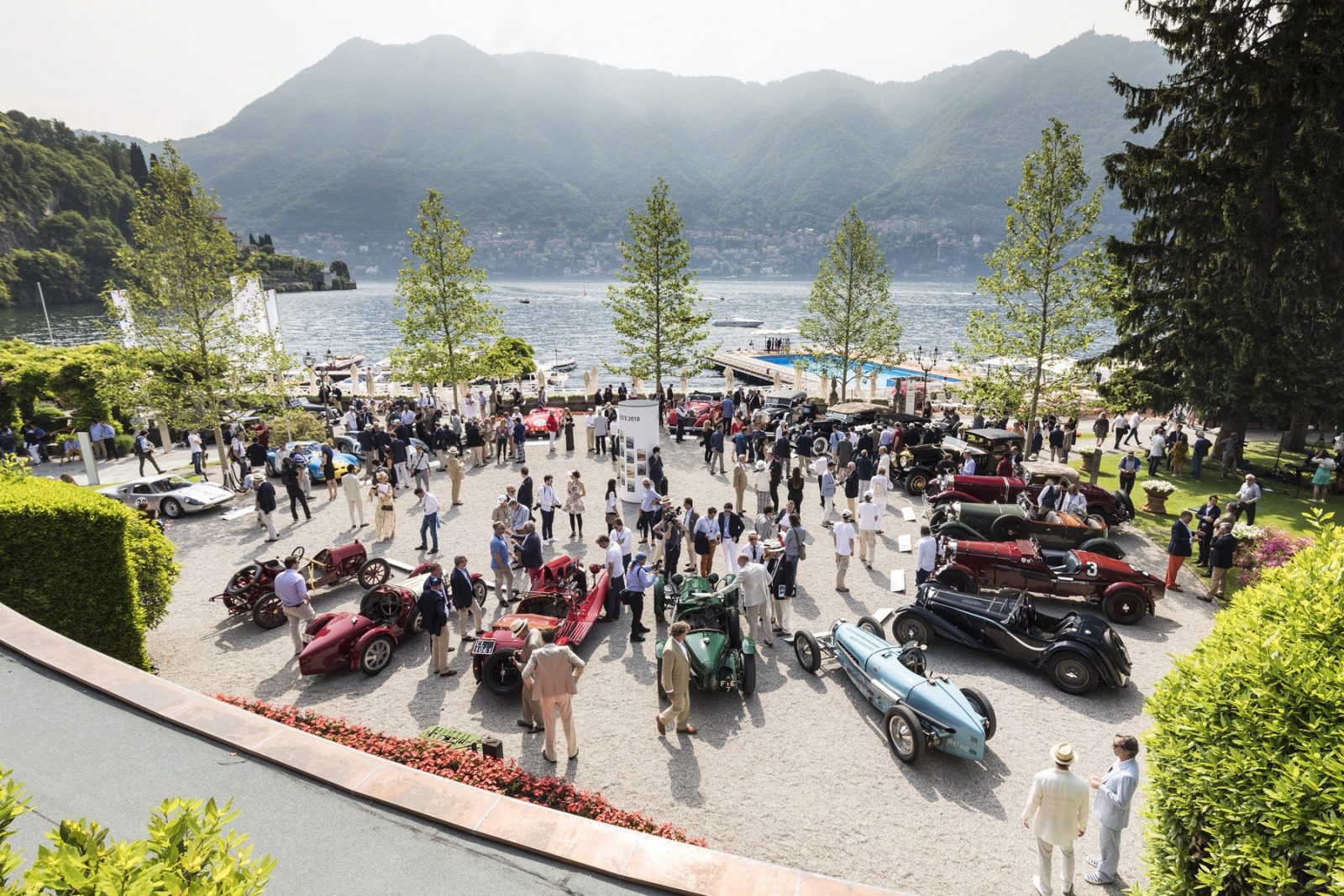 Visitors to Rétromobile 2019 also have an opportunity to get in the mood for an absolute highlight in the calendar of the worldwide fan community for classic cars. BMW Group Classic is presenting the programme for the Concorso d’Eleganza Villa d’Este 2019. The beauty contest for historic automobiles and motorcycles is being held from 24th to 26th May 2019 in Cernobbio, Northern Italy. It is being presented under the motto “The Symphony of Engines – 90 Years of the Concorso d’Eleganza Villa d’Este & BMW Automobiles”. This recalls the early beginnings of the vehicle show on the shores of Lake Como and the origins of automobile production at BMW.

BMW at the Techno Classica 2016

BMW Museum: The Night of the White Gloves

The History of the Ultra Rare BMW 1600GT