Thanks to several sources notably including AutoBild, we’re getting our first true glimpse at the next generation BMW’s heart and soul. The next 3 Series, scheduled for 2018, will usher in a new era of technology and lightweight materials for BMW’s bread and butter products. The G20 (as it’s internally code-named) will be based on the CLAR platform that will underpin the next generation 3, 4, 5, 6 and 7 Series. Under CLAR BMW will go exclusively front wheel drive or all wheel drive with the UKL platform.

What this means is that BMW is putting enormous engineering efforts into a scalable platform that will literally have the company’s core products on its shoulders.

The look of the G20 will continue along the themes we’ve seen on recent BMW concept cars. Sharper creases, bolder and slimmer lighting and improved materials are all expected. Also expected is a drop in weight with increased use of aluminum, high-strength steel, composites and yes carbon fiber. 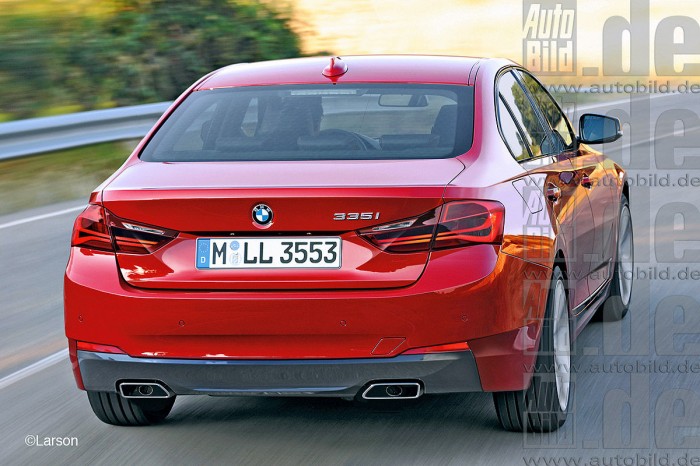 While the F30 was initially rumored to get MINI’s three cylinders, it never materialized. That honor will be saved for the G20 right around the time when revised versions come to the market. Expect the 316i/316d and 318i/318d to use variants of the MINI’s three cylinder range.

On the top end of the line-up, look for a new version of the 2.0L four cylinder along with a revised version of the venerable six-cylinder. All engines will be turbocharged.

Hybrids will also play a role with inductive capable plug-ins likely being offered in several capacities (60 or 90 kW with range from 50 to 100 miles).

Safety Derived from the 7 Series

As is customary, 7 Series tech will filter down to the 3er with the G20 just about everywhere. Notably this Intelligent Driving Systems such as Adaptive Braking Assist, Lane Change Assist and even semi-autonomous driving.

Inside we’ll see a larger and more sophisticated head-up display along with the new generation of iDrive complete with touch-screen and hand gesture recognition.

The All New BMW 3 Series Previewed