“After such a strong August, to set a new September sales record for BMW is a great accomplishment and emphasizes the importance of our new models to the company’s sales success,” said Ludwig Willisch, President and CEO, BMW of North America. “I am especially pleased to see dealer deliveries of the spectacular i8 hybrid now underway as we enter the very important fourth quarter of the year.” 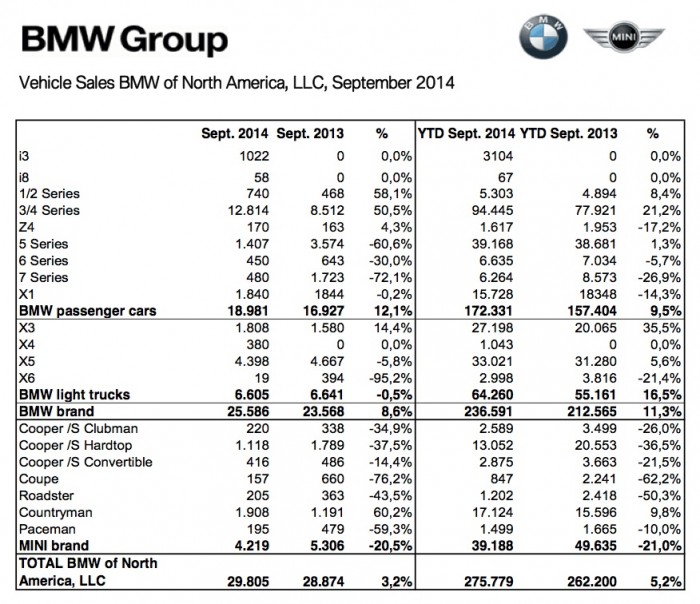 The award winning R 1200 RT was the best selling model with 207 units sold in the month and with the new for 2014 R 1200 GS Adventure and R nineT also featuring strongly, R-Series sales increased by 40 percent over 2013 with 444 bikes delivered compared to 318 a year ago.

BMW Motorrad continues to perform ahead of last year, up 4.3 percent after 9 months and with the long-awaited 2015 model machines now arriving in dealerships in quantity, is primed and ready for the Fall riding season.