May sales for BMWNA were down 11% compared to the same May 2016. And that was even with one more sales day this year compared to last. Overall  US light vehicle sales dropped 0.5%, giving further evidence that the overall US sales party is over after 9 years growth. 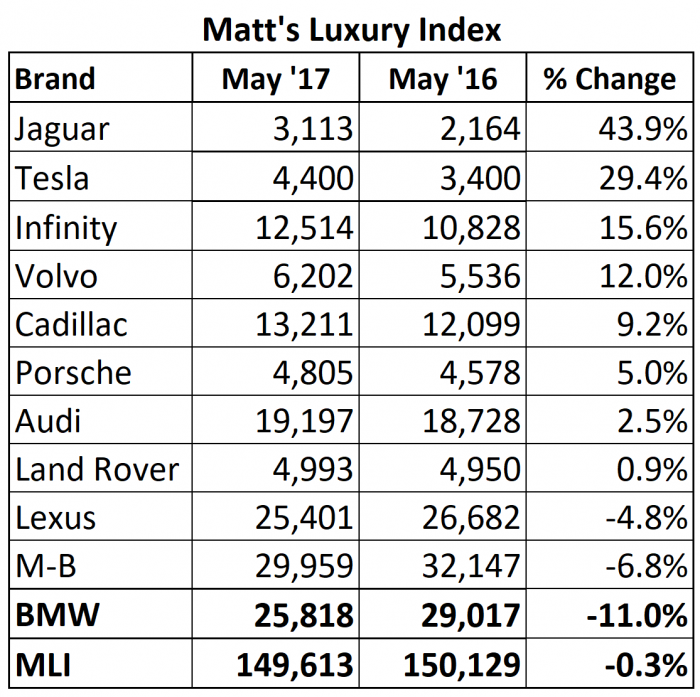 But there is more bad news in the numbers: Mercedes-Benz increased its sales lead to more than 25,500 units despite being down 6.8%. And the drop at M-B isn’t expected to last long. They are having shortages of the GLC and GLA which are expected to increase availability quickly. And Lexus was a mere 417 units behind BMW, further rubbing salt into the wound. BMW was at the bottom of Matt’s Luxury Index, that was down a scant 0.3%. The big three of the luxury market (M-B, BMW and Lexus) all shrank, and all the smaller luxury marks grew. 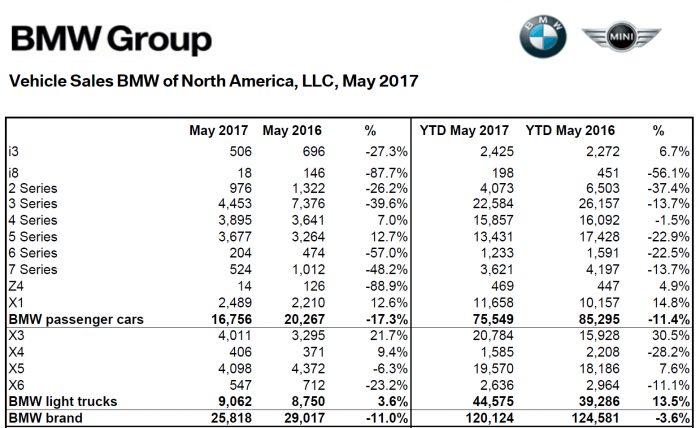 Within BMW, the good news is limited to the 5-series, the X1 and the X3. Yes, the X4 also grew by what looks like a healthy 9.4%, but since that only represents 35 vehicles, the growth isn’t really that significant in terms of brand sales.

“Our all-new BMW 5 Series is now showing its strength as availability increases and production begins to match demand,” said Bernhard Kuhnt, President and CEO, BMW of North America. “At the same time, demand for BMW Sports Activity Vehicles remains solid with the X1 and the X3 delivering the standout numbers for May.”