Official release: BMW Team RLL will close the team’s ninth year of sports car competition with the running of this Saturday’s Motul Petit Le Mans, the traditional IMSA WeatherTech SportsCar Championship season finale. The 10-hour race at Road Atlanta in Braselton (USA) is celebrating its 20th anniversary this year and sets the perfect stage for a very special landmark for Bill Auberlen (USA). 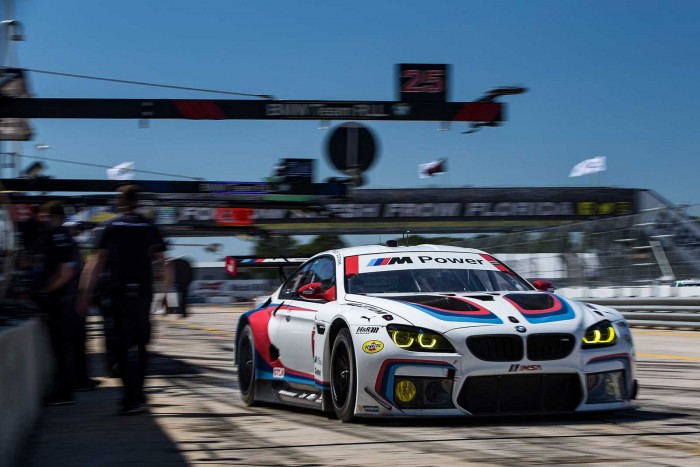 In making the 550th start in his professional career, Auberlen will celebrate his 400th start in a BMW. Joining BMW Team PTG in 1996, Auberlen has remained a part of every BMW North America racing programme for more than two decades. Racing for BMW Team RLL since 2009, Auberlen has co-driven to the first victory for each model contested – the BMW M3, BMW Z4 and BMW M6. One of the world’s best, Auberlen stands first in all-time North American pole positions and second in all-time victories.

BMW Team RLL arrives at Petit Le Mans having won its third race of the season at Mazda Raceway Laguna Seca (USA). The victory by John Edwards (USA) and Martin Tomczyk (GER), driving the number 24 BMW M6 GTLM, adds to the duo’s three other podiums this season to take them to sixth in GTLM driver points. Nicky Catsburg (NED) will support Edwards and Tomczyk in the number 24 BMW M6 GTLM for Petit Le Mans as he did at Sebring (USA). Teammates Auberlen and Alexander Sims (GBR) stand third in GTLM driver points having won two races in the number 25 BMW M6 GTLM in addition to one second place finish. Kuno Wittmer (CAN) will join Auberlen and Sims at Petit Le Mans. BMW stands third in GTLM manufacturer points, nine points from the leader. 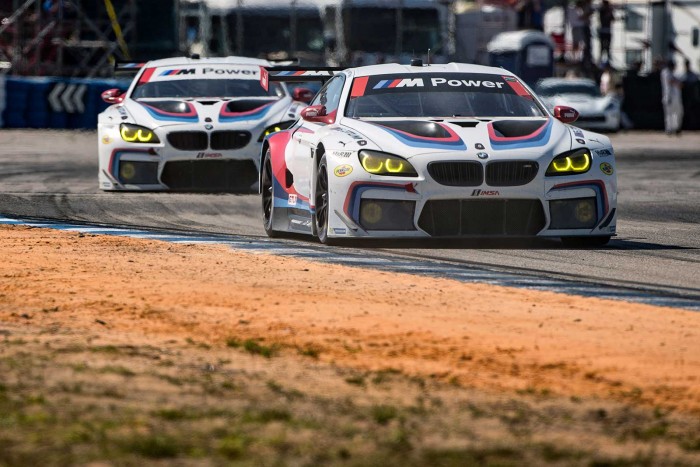 Bobby Rahal (Team Principal, BMW Team RLL): “I think that victory at Laguna Seca was perhaps our finest with BMW in the many years of our partnership. It really was a great win for BMW Team RLL and to be able to continue that momentum to the Petit Le Mans should help us end the season strongly. Petit has been kind of a challenging experience for us over the years. We have secured the championship there a few times and been on the podium a couple of times but it’s like anything with a race of that length – and especially on that circuit – there are a lot of things that can happen. But having said that, I think we have a good feel for the car now and BMW has done a great job and I think this year is probably our best chance to win the race. It’s going to be a tough fight, it always is there, but based on our competitiveness at places like Road America, Mosport, VIR and others, there is no reason why we shouldn’t be pretty good at Road Atlanta. We want to finish the season on a high note.”

Bill Auberlen (Number 25 BMW M6 GTLM): “The amount of work done by everyone that has contributed to this effort over the last two years of the BMW M6 programme has been extraordinary. Although we can’t win the championship, we can certainly win this race. 400 races for BMW? It has been great, but I don’t often look back. Bring on the next one!”

Alexander Sims (Number 25 BMW M6 GTLM): “Petit Le Mans will certainly be exciting. Like Daytona and Sebring, it is another race that I have wanted to add to my resume. I have truly enjoyed racing in the States this season and look forward to capping the year with a good result.”

Kuno Wittmer (Number 25 BMW M6 GTLM): “While I have tested quite a bit this year it has been since Sebring that I have been behind the wheel of the BMW M6 GTLM in a race. I have been at every event since then as a reserve driver, but obviously I am eager to race in what is now a very competitive car.”

John Edwards (Number 24 BMW M6 GTLM): “Martin and I were thrilled to get our first win together last race at Laguna Seca. After winning at a track that we didn’t expect to suit the BMW M6 GTLM, I have even more confidence heading to Petit Le Mans that we can fight for the win there. The fast nature of the track highlights the strengths of the car, the same way tracks like Watkins Glen and Mosport did earlier in the season. We’ve finished second twice at Petit Le Mans, including a second place overall in the monsoon race of 2015, but victory has always eluded BMW at this race so a final win to cap off the season would be very satisfying.”

Martin Tomczyk (Number 24 BMW M6 GTLM) : “This season really flew by. I truly enjoyed the experience with Team RLL and learning the American way of racing. I have heard that Road Atlanta is a great circuit. Unfortunately, bad weather did not allow us to test there so it will be an all-new experience for me.”

Nicky Catsburg (Number 24 BMW M6 GTLM) : “Petit Le Mans is an event which I always wanted to do, to be able to do it now with BMW Team RLL is great. I can’t wait to be teaming up with John and Martin. They just had a win at Laguna Seca so I am stepping in at the right time. Unfortunately, we haven’t been able to test at Road Atlanta due to the stormy weather but I am sure my American teammates will bring me up to speed quickly.”