BMWUSA had a surprise for us today in Las Vegas. To celebrate 30 years of the M3in the US BMW has created a special one off M3 with a bespoke details inside and out.

Official Release and World premiere: 2018 BMW M3 “30 Years American Edition” celebrates the 30th Anniversary of the M3 in the US with a one of a kind (1/1) design created by BMW Group Designworks, built through BMW Individual. 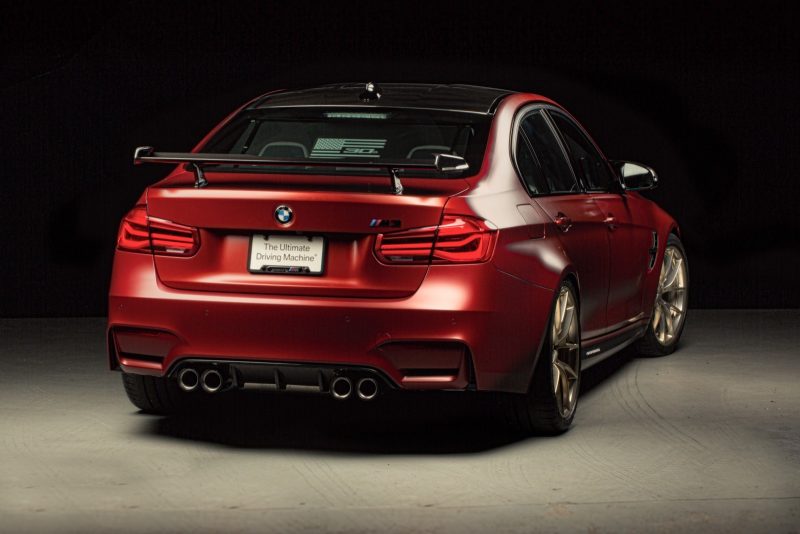 The BMW M3 is one of the most recognized vehicles in the automotive industry, spanning a long history of success that seems to have no boundaries, today it is still considered as one of the purest high performance street sports cars. With the launch of the first generation BMW M3 in 1986, BMW M revolutionized the sports car as it was, built first and foremost for performance. Originally conceived as homologation special for Group A Touring car racing – as seen in the German Touring Car Championship (DTM), it became the most successful touring car in the history of BMW. Its arrival to the US market in 1987 signaled the birth of the legend in America and to celebrate its first 30 years on the road and track, BMW Group Designworks teamed up with BMW Individual to create a one of a kind (1/1) design highlighting its Motorsport heritage through American iconography. 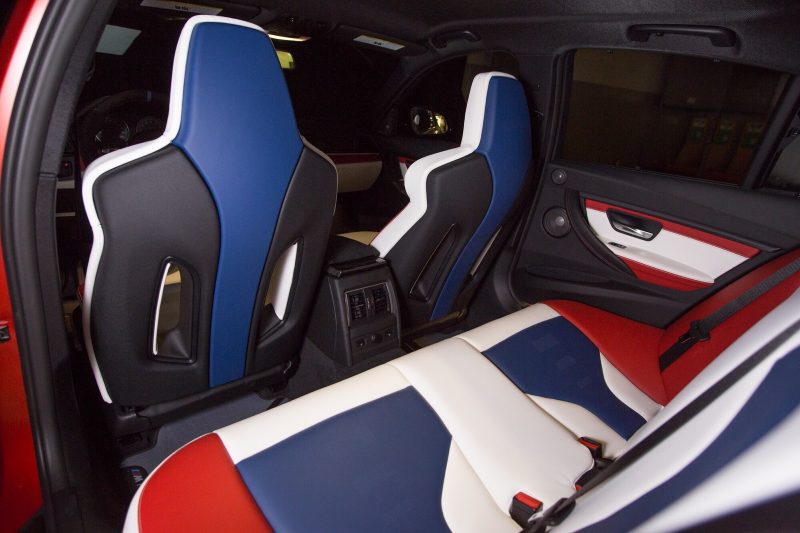 Exterior inspired by an original M color and the American color inspired theme.

With its finger on the pulse of the American experience, BMW Group Designworks has created an American color inspired theme for the 30 th Anniversary of the BMW M3 in the US. What better way to celebrate the US arrival of the M3 than a palette of red, white and blue. The 2018 BMW M3 “30 Years American Edition” design started life as a 6-speed manual transmission BMW M3 Competition Package but it was quickly transformed into a very special and unique vehicle as noted by its striking exterior color, Frozen Red II Metallic. Although the name of the exterior color is described as “frozen” for the low gloss finish, as if the car is coated with a layer of frost, the heat of the red pigment radiates from within, illuminating the muscular BMW M3 surfaces. Frozen Red II Metallic also speaks to the iconic BMW Henna Red of the original M3 from the 1980’s.

The gilded tone is making a comeback after its eighties hey-day and so complementing the exterior are a set of one-off M Performance Golden light alloy wheels (763M Style – 19-inch front, 20-inch rear), the color inspired by the M3 E30 DTM racing wheels. Also exclusive to the exterior are the M color roof stripes that emphasize the M identity on a premium material, carbon-fiber-reinforced plastic (CFRP), as well as a 30th Anniversary graphic applied to the rear sunshade. 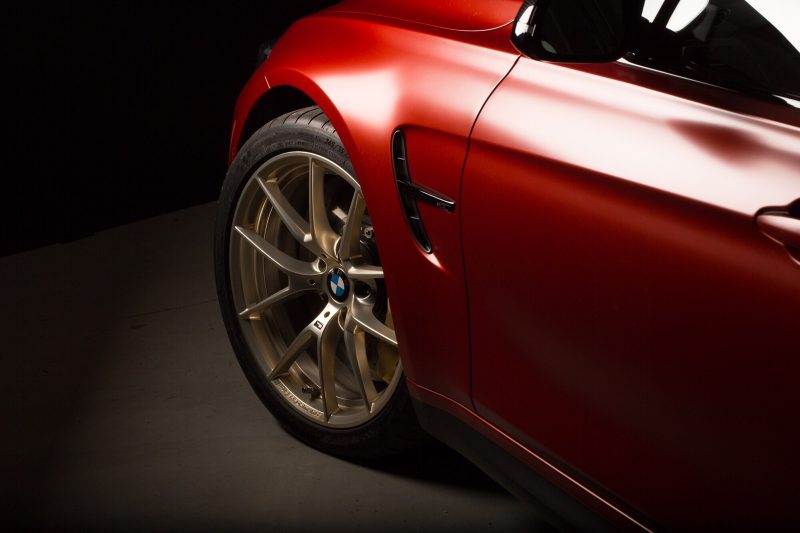 The exterior is complimented by an all-American, interior tri-tone color scheme.

The interior could not be less special and the designers quickly identified that there is nothing more American than red, white and blue. Open the driver’s door of the 2018 BMW M3 “30 Years American Edition” and its interior shines through with a continuation of the exterior theme through an expertly crafted tri-color Merino leather interior by BMW Individual. The BMW Individual Opal White Merino leather interior provides a base for red stripes and blocks of blue. The red stripes are expressed in Mugello Red Merino leather and the blue is Fjord Blue Merino leather. Red, white and blue contrast stitching provides a patriotic detail even at the smallest scale. 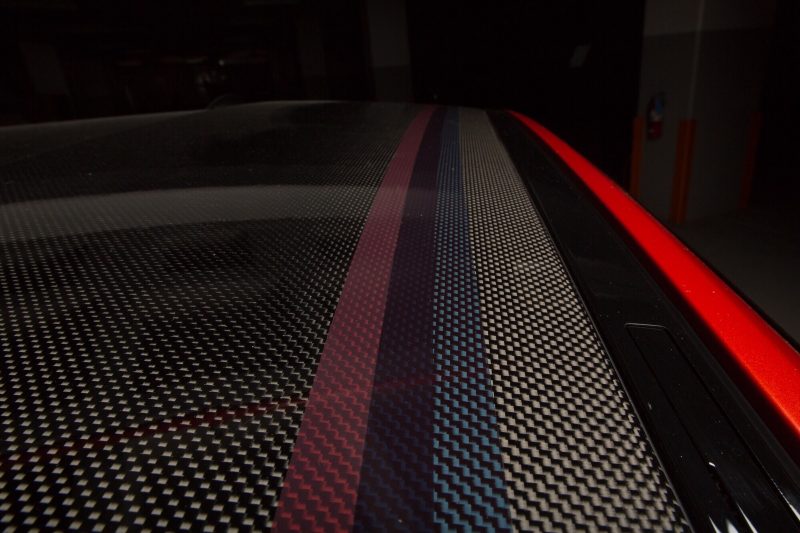 The 30th Anniversary graphic was inspired by the 3 Series 40 th Anniversary graphic. The bold red, white and blue color scheme is tempered by a subtle motif inspired graphic inscribed on the headrest, decorative trim and the rear sun-shade. The achromatic graphic juxtaposes “30th” over the American flag symbolizing the 30 years Americans have been expressing their passion for the BMW M3 in the US.

The shock absorbers with contrasting red coil springs featured on the 2018 BMW M3 “30 Years American Edition” are clearly distinctive features of the adjustable M Performance Sports suspension, allowing the driver to lower the vehicle’s ride height between 5 and 20 millimeters via the adjustable spring plate. The M Performance sports suspension, enables customers to experience racing-inspired driving dynamics in everyday use on the road. 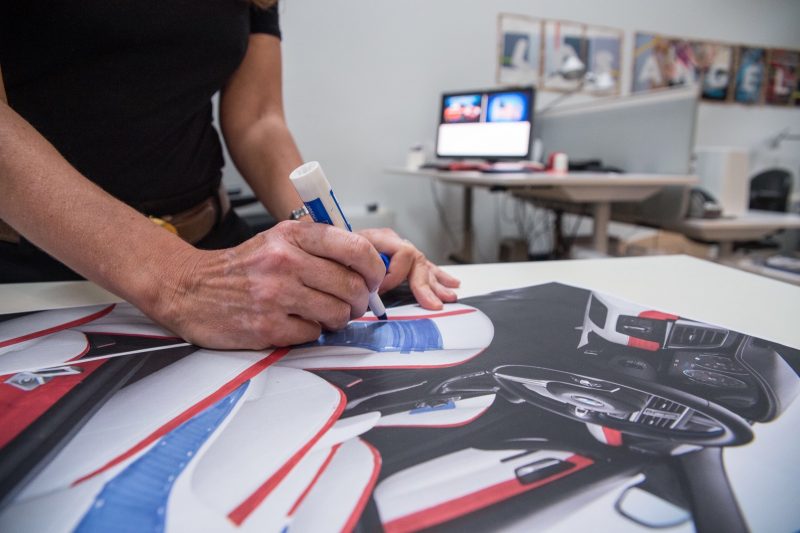 Motorsports aerodynamics are present in this one of a kind (1/1) M3 through the BMW M Performance rear wing. This aerodynamic component is handmade completely from carbon fiber (wing, side sections, support brackets) and is accentuated with racing stripes, bringing motorsport know-how to the streets and tracks.

Derived directly from motor racing, the one-off golden M Performance wheels, which are milled and weight-optimized entirely from a forged blank, contribute towards even better steering behavior, resulting in a further increase in driving dynamics. The wheels are matched with Michelin Pilot Sport Cup 2 tires for maximum grip and performance. 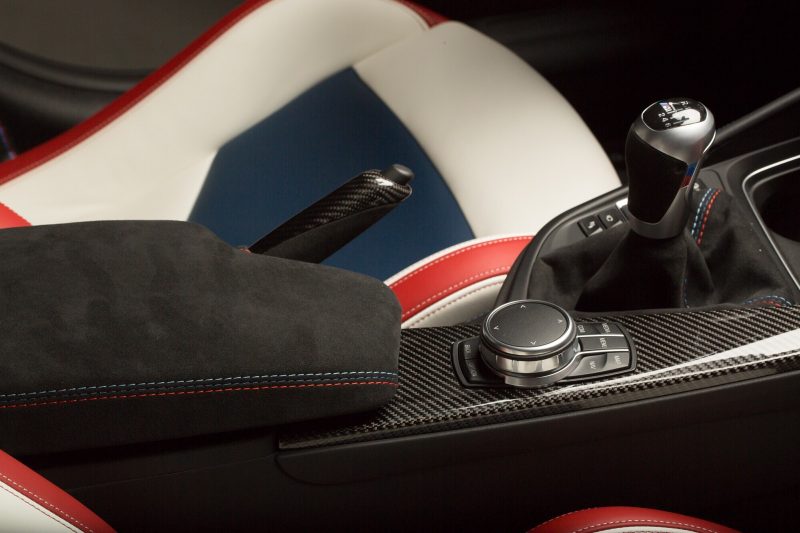 In the interior, the M Performance armrest, door handles and shift knob complete the tri-tone color scheme look and ensures an all-round, high quality touch and feel. The armrest has a striking appearance thanks to its noble materials and special look: Alcantara and Carbon trimmed with contrasting three-colored M-stitching. Visually, the seam traces a line all the way to the handbrake grip completing the overall M Performance look that extends over the center console and new M Performance shift knob. 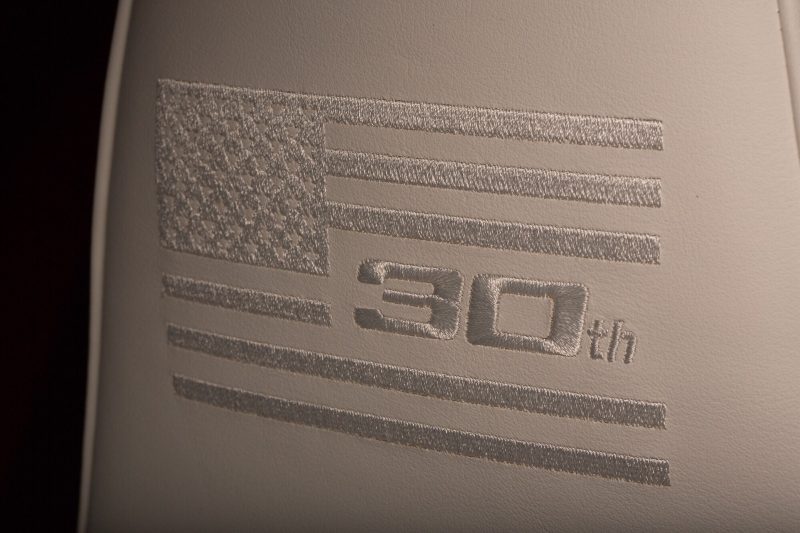 One lucky customer will be able to get behind the wheel of this one of a kind (1/1) 2018 BMW M3 “30 Years American Edition” (MSRP of $128,635 plus $995 D&H) as it is expected to be available for purchase after the show conclusion. Details will be provided to interested parties at the BMW Booth (68000) outside the South Hall on the Performance Pavilion area.

BMW to be Official NBC Advertiser for 2012 Olympics

Preview: The BMW 2 Series Gran Coupe Gets its Finishing Touches