Official release: In the final stage of the series production development process, the new BMW M850i is exhibiting the entire spectrum of its dynamic handling potential. Current test drives in Wales are fully dedicated to the final coordination of all drive and suspension systems, the key focus being on the BMW M850i xDrive Coupe, a car which embodies the performance characteristics of the new luxury sports car in a particularly intensive manner. A completely redeveloped V8 engine, state-of-the-art intelligent four-wheel drive technology, an active rear axle differential lock, the adaptive M suspension Professional with active roll stabilisation and Integral Active Steering form a perfectly harmonised package for fascinating sportiness and supreme comfort. 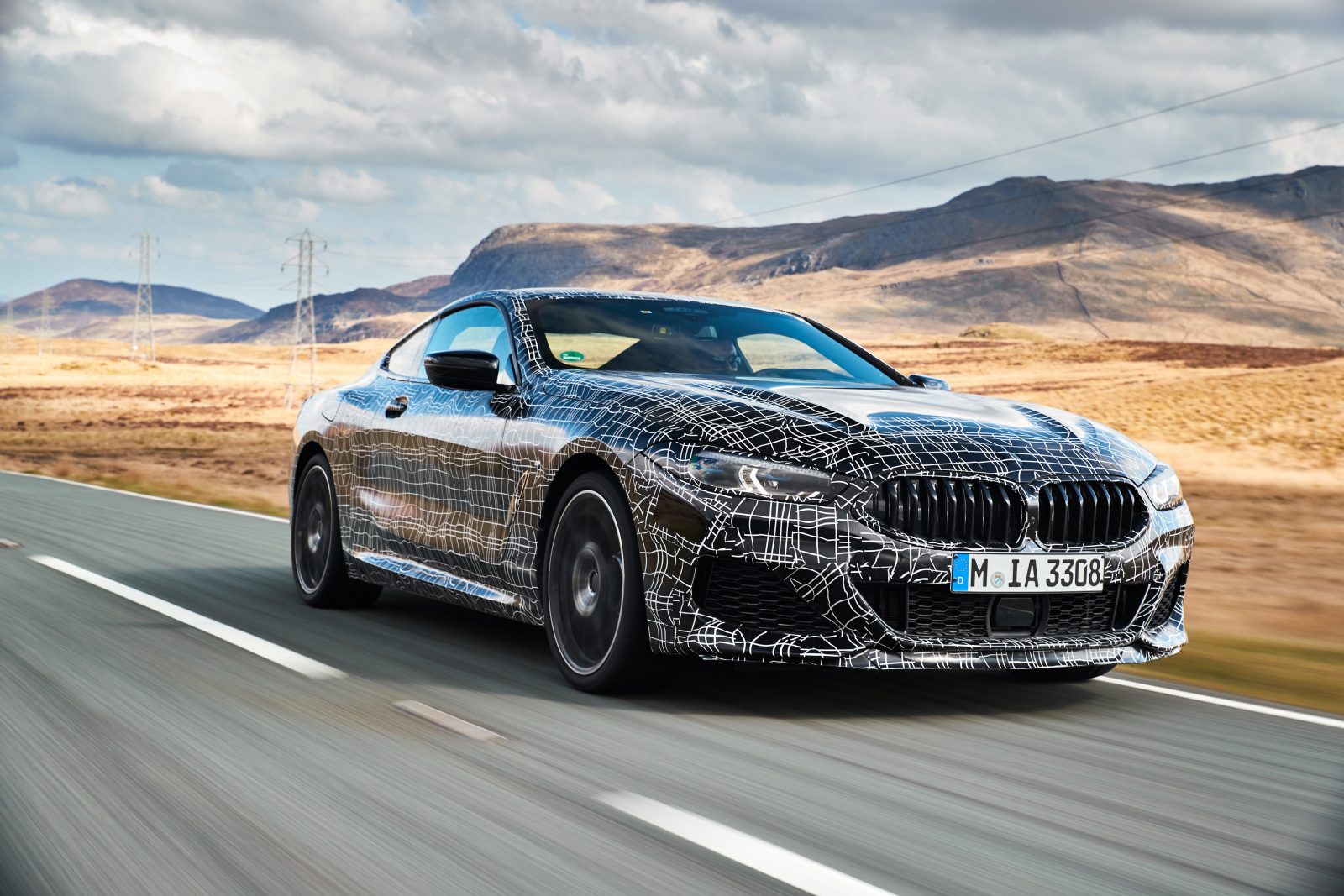 The most striking features shared by the engine and suspension include the broad spectrum of their characteristics. The eight-cylinder power unit being featured for the first time in the BMW M850i xDrive Coupe produces precisely the amount of torque and sonorous sound ideally suited for relaxed cruising. On the other hand, in the Sport or Sport+ mode of the driving experience control feature, both power delivery and engine sound alike become noticeably more dynamic. Likewise, the function of the electronically controlled dampers, the stability control system DSC (Dynamic Stability Control) and the four-wheel drive system are precisely oriented to the selected driving mode. The rear wheel-focused setup of the new BMW xDrive system is perceptible in every driving mode, whilst particularly ambitious drivers benefit from the active differential lock in the rear axle transmission, which provides for maximum traction when accelerating out of bends.

“The thing that always impresses when test driving the new BMW 8 Series Coupe is its adaptability,” says Markus Flasch, BMW 8 Series Project Manager. “Whether a driver expresses his or her wishes with regard to comfort and sportiness using the accelerator pedal or by pressing a button, the vehicle immediately adapts perfectly to each setting.”

A low centre of gravity and high stiffness values for body and suspension form the basis for the new BMW 8 Series Coupe’s highly dynamic handling characteristics. In the case of the BMW M850i xDrive Coupe, both agility and direct steering behaviour are additionally assisted by standard Integral Active Steering and active roll stability. Moreover, the electronically controlled dampers are able to provide for maximum wheel stability at any time, so that contact with the road is guaranteed even on short stretches of uneven surface. 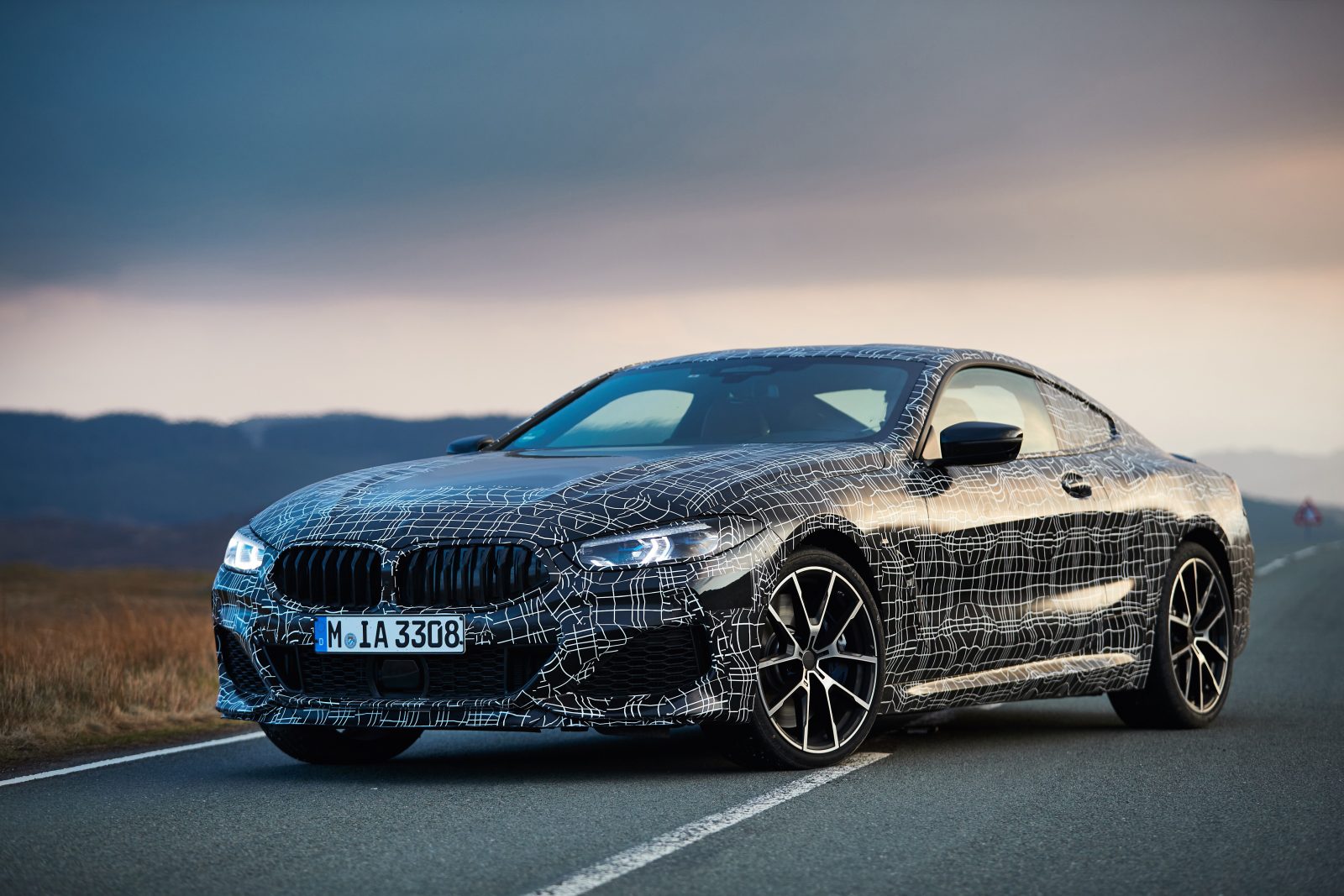 “The new BMW 8 Series Coupe will be available exclusively with mixed tyres. This gave us the possibility when coordinating the suspension control systems to exploit the potential of the wide rear wheels to attain particularly sporty handling characteristics,” comments Jos Van As, head of Suspension Application. “Also, the higher camber values on all wheels and specifically tuned elastokinematics result in the realisation of exceptionally high cornering speeds prior to the intervention of the electronics. So those who wish can drive on the racing track with active DSC, too.”

As the embodiment of both supreme and sporty power delivery, the new V8 power unit also contributes decisively towards the performance characteristics of the BMW M850i xDrive Coupe. Whist having the same weight as the predecessor engine, the new power unit mobilises an output that has been increased by 50 kW/68 hp to 390 kW/530 hp. Maximum torque has increased by 100 Nm to 750 Nm and is available at 1,800 rpm. The eight-cylinder engine delivers its power to an extensively further developed 8-speed Steptronic sport transmission characterised by expanded spread and further shortened shift times. 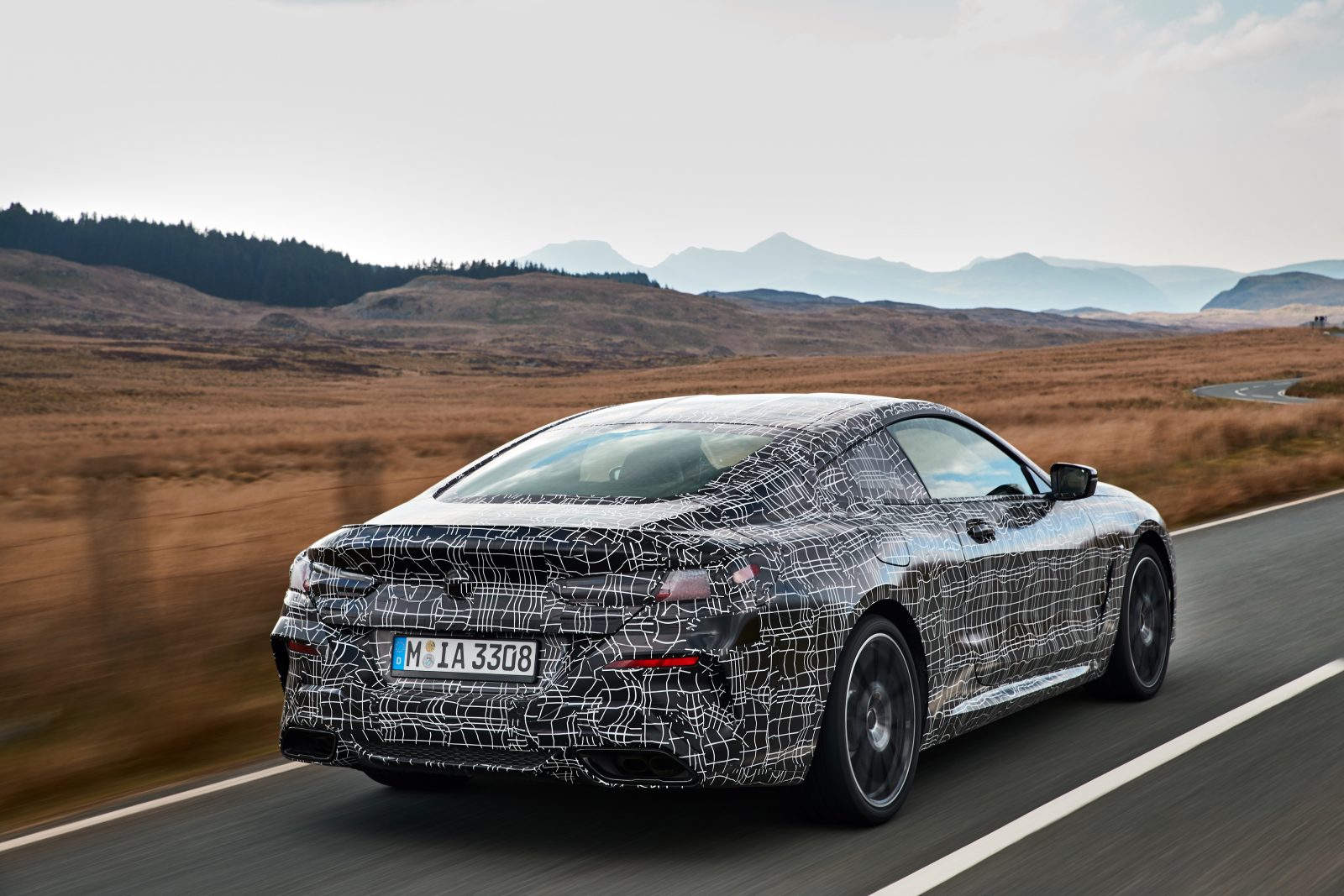 “The new V8 engine offers exactly the right balance between performance and emotion, which is what also sets the new BMW 8 Series Coupe apart,” says Christian Billig, head of Drive System Integration. “Above all, the eight-cylinder harmonises perfectly with the further developed Steptronic transmission during dynamic acceleration. At the same time, the sound development of the sports exhaust system authentically reflects the car’s power delivery. And thanks to BMW xDrive and active rear axle locking, the engine always transfers power precisely to where it can be best converted into driving dynamics.

With the test drives in Wales, developers are rounding off the exceptionally diverse and intensive programme for the series development of the new BMW 8 Series Coupe. Outside the racetrack and cordoned-off proving grounds, prototypes of the new model are also tested on public roads in order to obtain information on customer-relevant characteristics in driving situations that are as close to reality as possible. They form an ideal supplement to the information gathered for instance during winter test drives in Arjeplog in Sweden, on the BMW Group proving ground in Miramas in the South of France, at the testing centre on the Nürburgring Nordschleife or during initial racing circuit deployment. 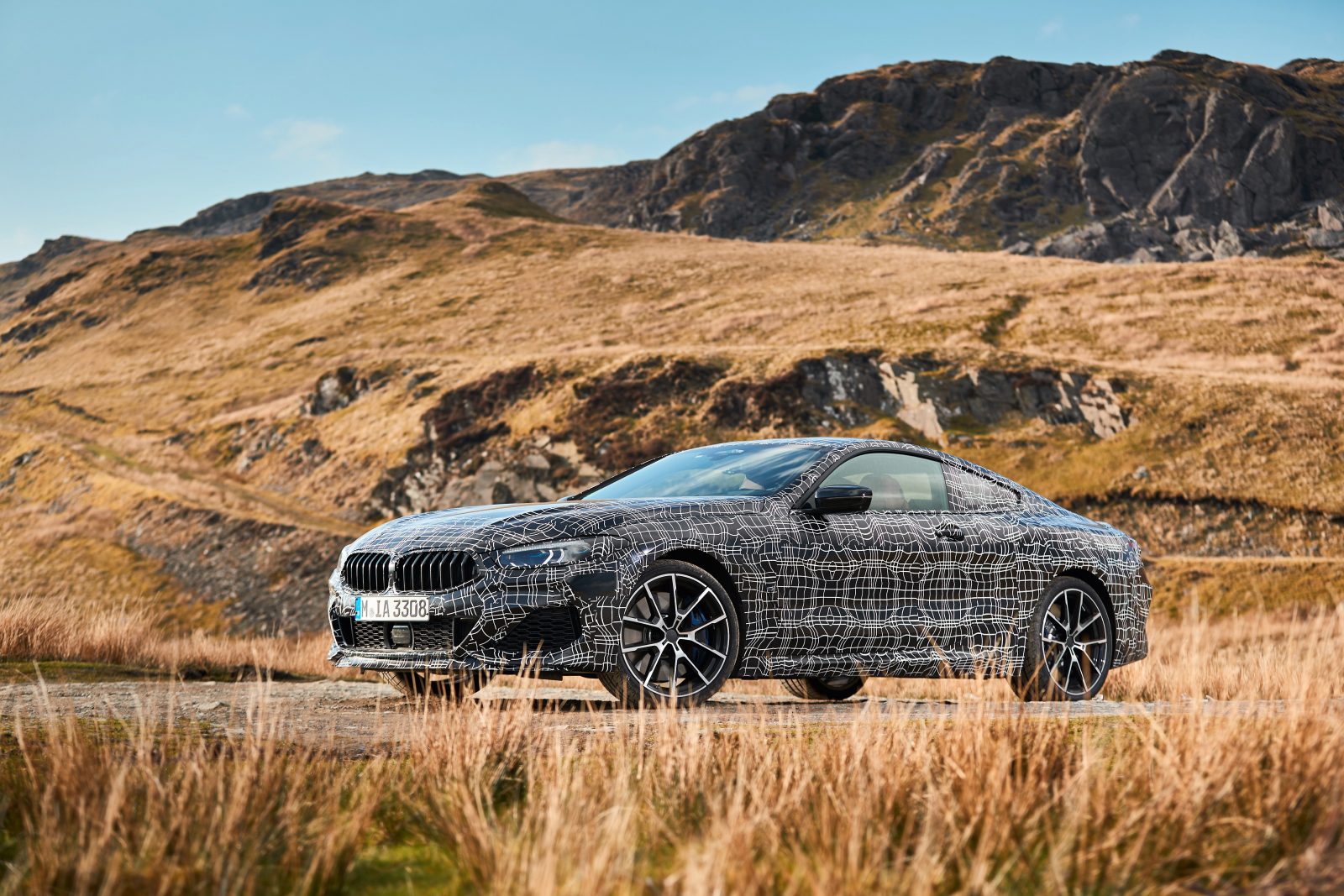 The BMW 8 Series Coupe will go on sale during the course of 2018. The digit 8 in the model designation refers to the new model’s prominent position within BMW’s product range. As was once the case with BMW Z8 and currently the BMW i8, it stands for highly emotional and exceptionally sporty vehicles. Thus, the BMW 8 Series Coupe will become a crucial component of the luxury segment model initiative laid down by the BMW Group in its

BMW Debuts the Vehicular CrowdCell at the Mobile World Congress

BMW at the Techno Classica 2016

Official: BMW X3 To Get 4-Cylinder