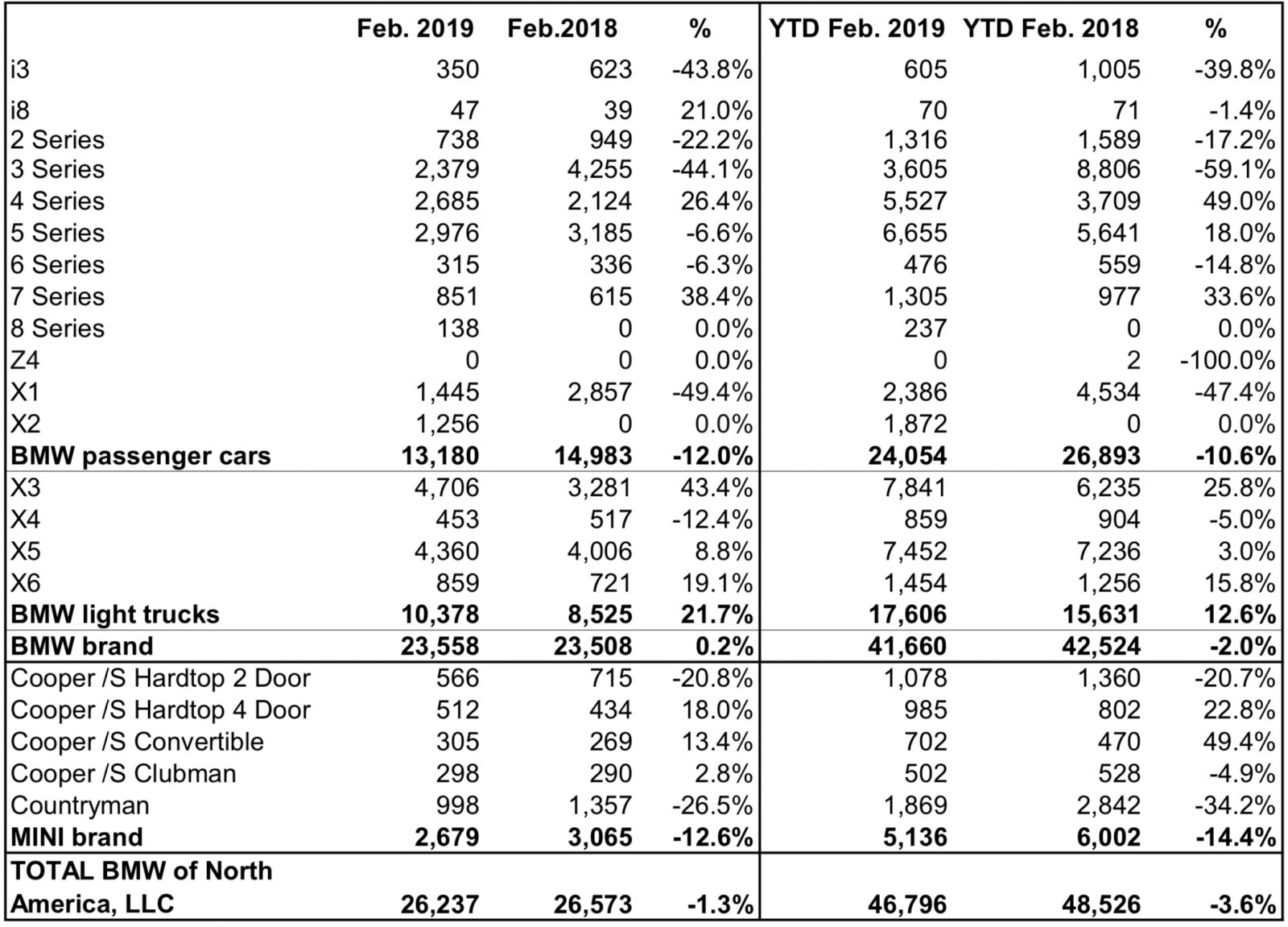 “We’re pleased to end February with a slight increase in sales given our current model changeovers,” said Bernhard Kuhnt, president and CEO, BMW of North America. “As we approach spring, we do so with the all-new 3 series on showroom floors and the X7, Z4, and 8 Series Convertible all starting to arrive in March. We are confident that with these new models added to our already exciting product lineup, we are well positioned for success.”

The Spartanburg, SC-built BMW X3 and BMW X5 Sports Activity Vehicles continue to drive sales growth for BMW in the U.S. Taken together, the full range of BMW X models – from the X1 to the X6 – accounted for 55.5% of BMW brand sales in the U.S. in February. 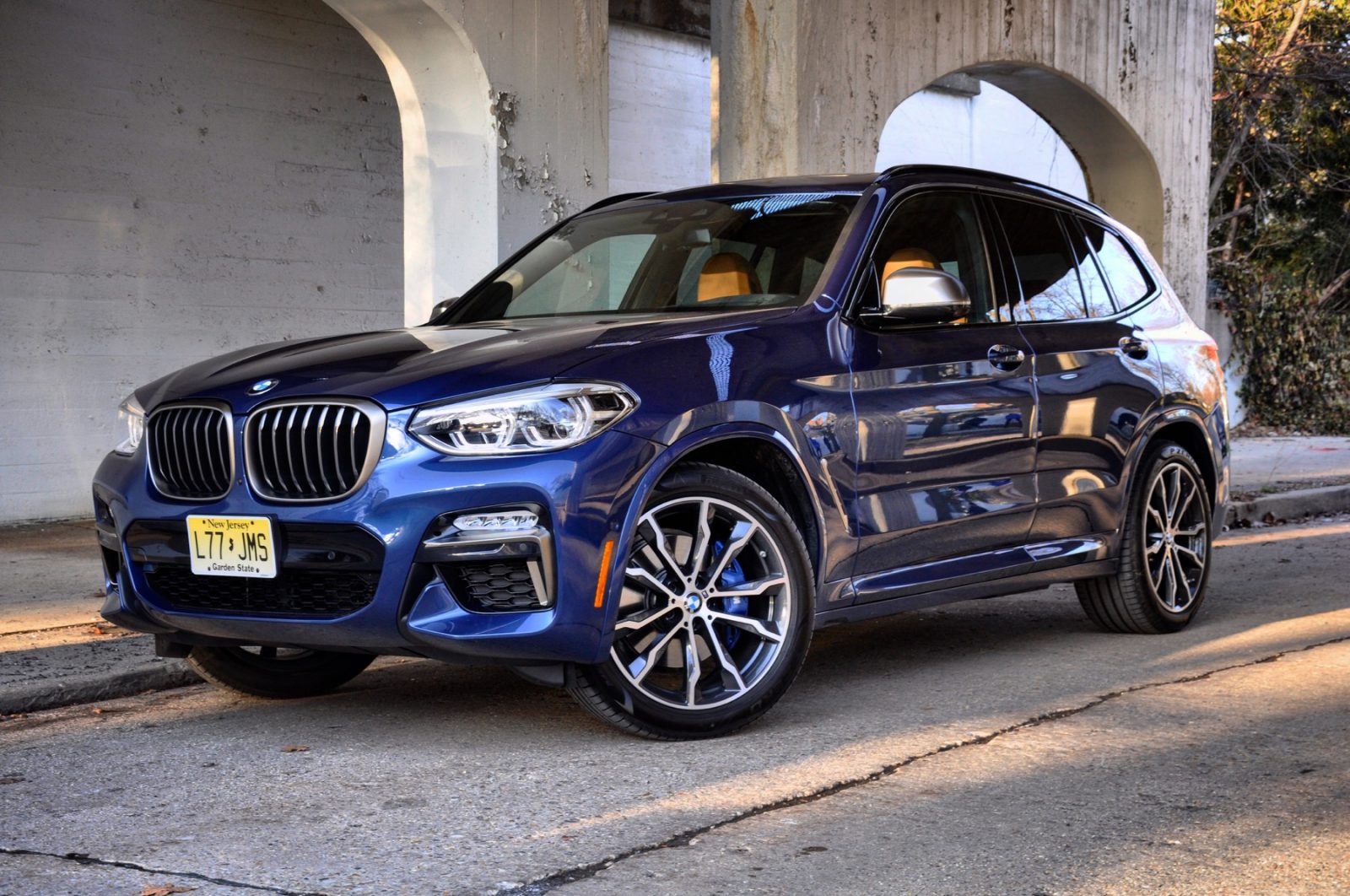 BMW Group sales of electric and plug-in hybrid electric vehicles totaled 1,110 in February 2019, a decrease of 42.7 percent over the 1,936 sold in the same month a year ago. Model changeover has limited the current BMW Group electrified lineup to five models including the BMW i3, BMW i8 and i8 Roadster, BMW 530e, and MINI Countryman plug-in hybrid electric vehicle. Plug-in hybrid variants of the BMW X5, the all-new BMW 3 Series and updated BMW 7 Series will debut at the Geneva International Motor Show next week. These models and a plug-in-hybrid variant of the BMW X3 will begin sales in the U.S. at a future date.

FacebookTwitterPinterestLinkedinRedditMixEmail
i3 i8 Official News Technology

CES Premier: The Mirrorless BMW i8

BMW CES 2019 – Seeing a Glimpse Into the Future of BMW

by Gabriel Bridger
In the Press Sales/Marketing