A lot has happened in the small BMW car market since we reviewed the M235i three years ago. BMWM has since released the M2 to critical acclaim with many (including us) calling it the best M car on sale today. Then there’s the 1M which has seen continued critical acclaim (over the M2) from not just us but journalists like Top Gear’s Chris Harris.

Enter the 2018 BMW M240i. Where does this revised M235i fit in? On paper it would seem that it slots neatly between the 230i and the M2. But in our experience the M240i is much more than a step in the ladder. It’s a car that feels more everyday accessible than the M2 and much more eager and instantly enjoyable than the 230i. 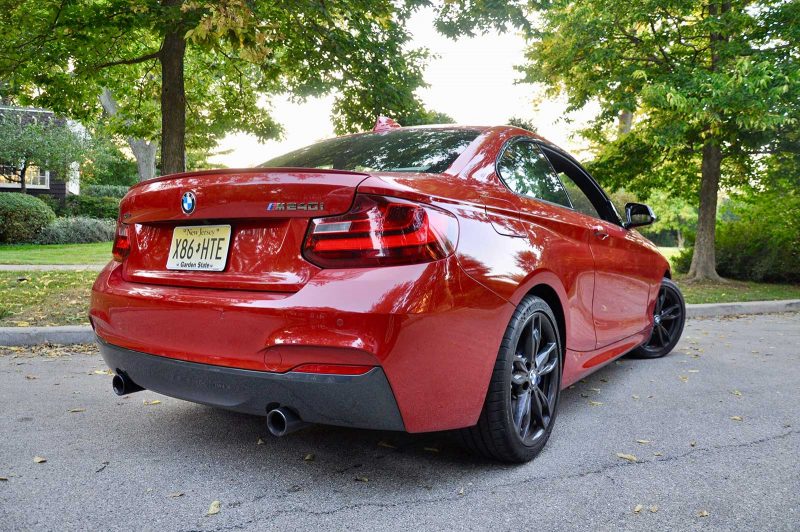 The heart of the M240i is the six cylinder dual stage turbo engine (B58). It’s worth celebrating that for a moment when you consider how ubiquitous 2.0L four cylinder turbos are in high performance cars like the 2 Series. Yet BMW has bucked this trend and has continued to play to its strengths – smooth revving and powerful inline sixes. 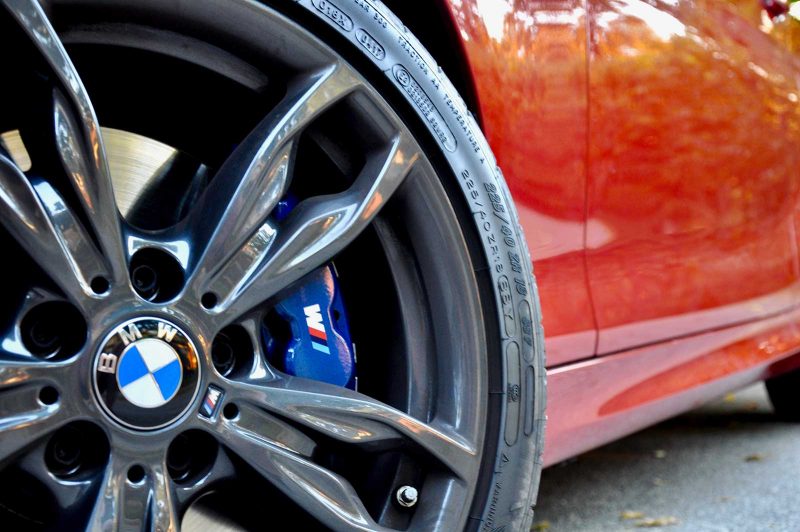 The formula is simple and effective. Small car, big engine and high power output equals driving pleasure. But in 2017 those numbers are turned up a bit. Our 2018 M240i xDrive automatic (the only transmission available with xDrive) has an output of 335 hp that motivates its 3,662 lbs to 0-60 in 4.2 seconds. For those counting at home that’s .1 seconds slower than the M2 with the DCT and .1 faster than the manual M2. It’s also faster (by a couple of 1/10ths) than the vaunted 1M.

Since the release of the M240i, message boards have been alive with those figures and how they compare with the M2. But numbers (especially ones this close) can be meaningless. The problem is that both the M2 and 1M both feel faster, more engaging and decidedly more rewarding than the M240 with xDrive we tested. 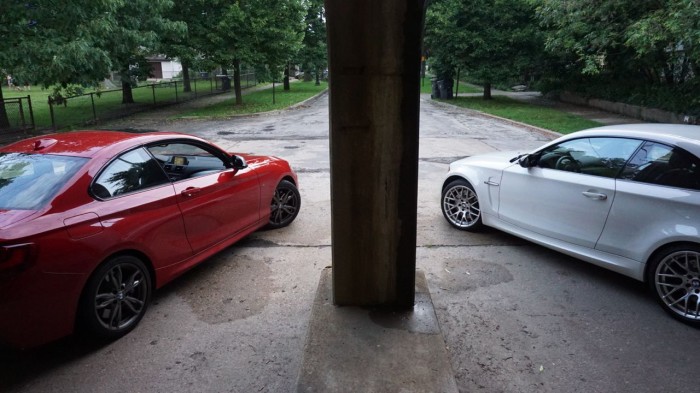 The why is fairly straightforward. Both those cars are rear wheel drive and thus are far more entertaining (and in the case of the 1M, challenging) at putting down their power. This is partially solved buy specing your M240i with the standard rear wheel drive, but that alone doesn’t mean it becomes an M2 killer.

The M designed suspension in both 1M and M2 are far better suited for pushing the car at the track or on lonely country roads. And the braking system in both are effective and have greater feel as well. Then there’s the ECU settings with more aggressive throttle response, MDM slip angles (which are almost scary aggressive in the 1M) and the 25 mph higher top speed. In short the 1M and M2 are simply much more serious about all-around performance. 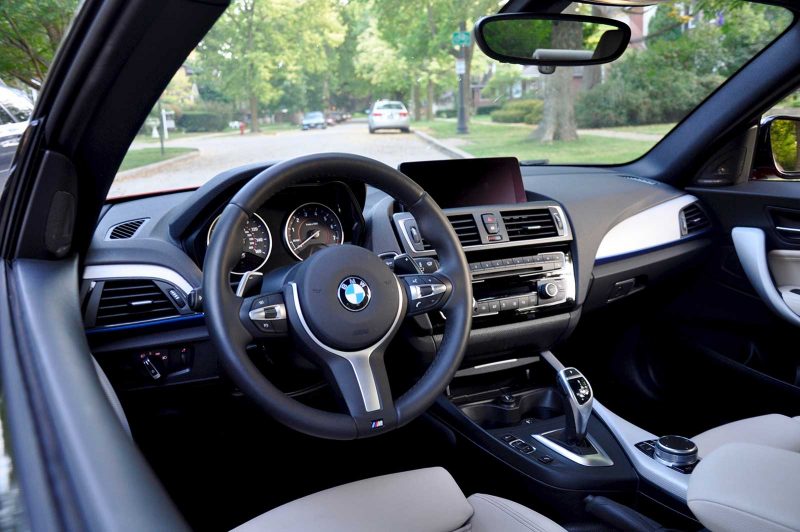 And that. Is ok. The M240i shouldn’t be competing at that level and against those two. Because what it does could be looked at as more nuanced and valuable to more people. Put simply the M240i xDrive is by far the better daily driver than either the M2 or the 1M.

Shod with the excellent 8 speed ZF automatic transmission and xDrive, the M240i is a car that I could see driving daily in every type of weather Chicago could throw at it (something I wouldn’t dare do in the 1M for a variety of reasons). In my week with the car it proved itself in everything from road trips, to heavy commuting to bouncing back and forth from youth lacrosse games. It’s not as easy to live with as my MINI JCW Clubman due to a lack of doors and rear hatch but the trade off of performance might be worth the packaging constraints. 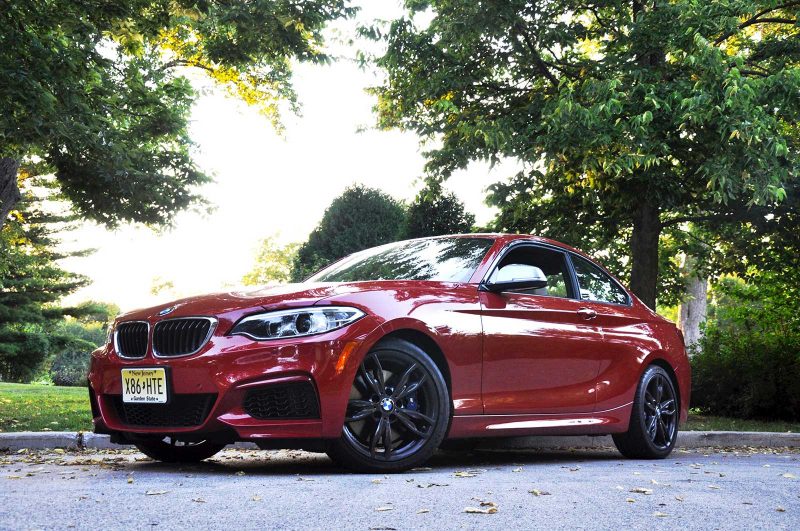 Its adjustable suspension is a much better blend between sport and comfort for the broken Chicago roads we tested it on, and its transmission and throttle mapping (which has three settings) makes commuting much less of a chore than in either of those two M cars.

That said our $54k M240i xDrive wasn’t perfect. For one it came with xDrive which dulled it’s senses a bit and took away much of the enjoyment one should be able to get out of a small rear wheel drive, high powered BMW. Yes you can coax small drifts out of the car but clearly engineers didn’t design this iteration of xDrive to be hooned. The M240i xDrive is a car that was designed to be driven quickly and efficiently from point A to B. This coupled with the 8 speed automatic endows the M240i xDrive with simply too much perfection for us. A manual six speed driving the rear wheels The standard specification mind you) suits the character of the car much better in our minds. 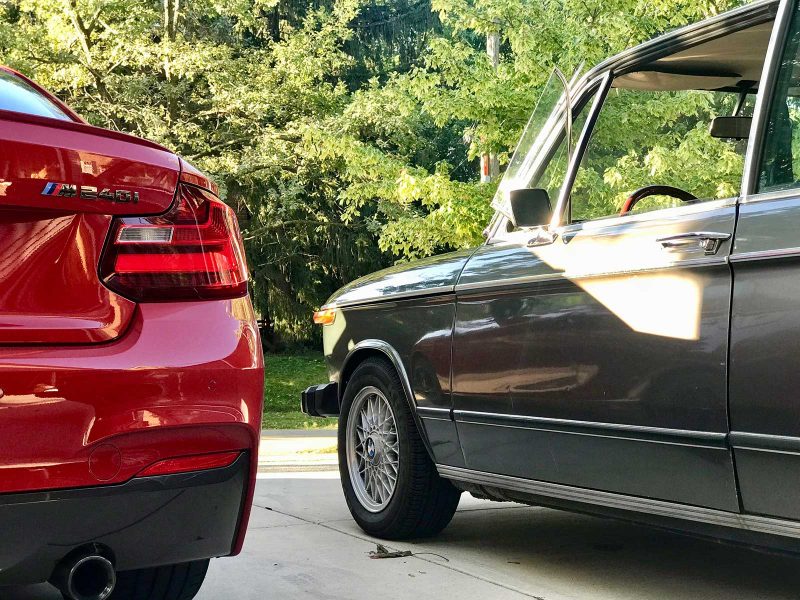 With those boxes unchecked the M240i becomes a lighter, cheaper option for those looking for a great daily driver. With more manners than a Focus RS and more character than an Audi S3, the M240i is worthy of its E30 ancestry while pointing to a bright future for BMW that we often miss in the jaded world of crossovers and hybrids.